The 2020 city budget is relying heavily on federal government support as it heads to city council next week for final approval.

Mayor John Tory’s Executive Committee signed off on the budget on Thursday which looked at recommendations from the Budget Committee on the 2020 Capital and Operating Budgets, his office confirmed.

Executive Committee meets this morning to consider recommendations from Budget Committee on the 2020 Capital and Operating Budgets. Agenda and background material are available online: https://t.co/39w3QEmkyh Watch live at 9:30 am: https://t.co/KL1dJLKEgA #tocouncil

Tory’s office also noted that while the executive committee adopted the budget some amendments were made for 2020 property tax rates and various items within the budget.

Tory is banking on Prime Minister Justin Trudeau helping fill in a $77 million gap in this year’s budget, but the funding has yet to be guaranteed in the upcoming federal budget.

The city is hoping the $77 million assistance will help with sheltering initiatives for refugees in the city. 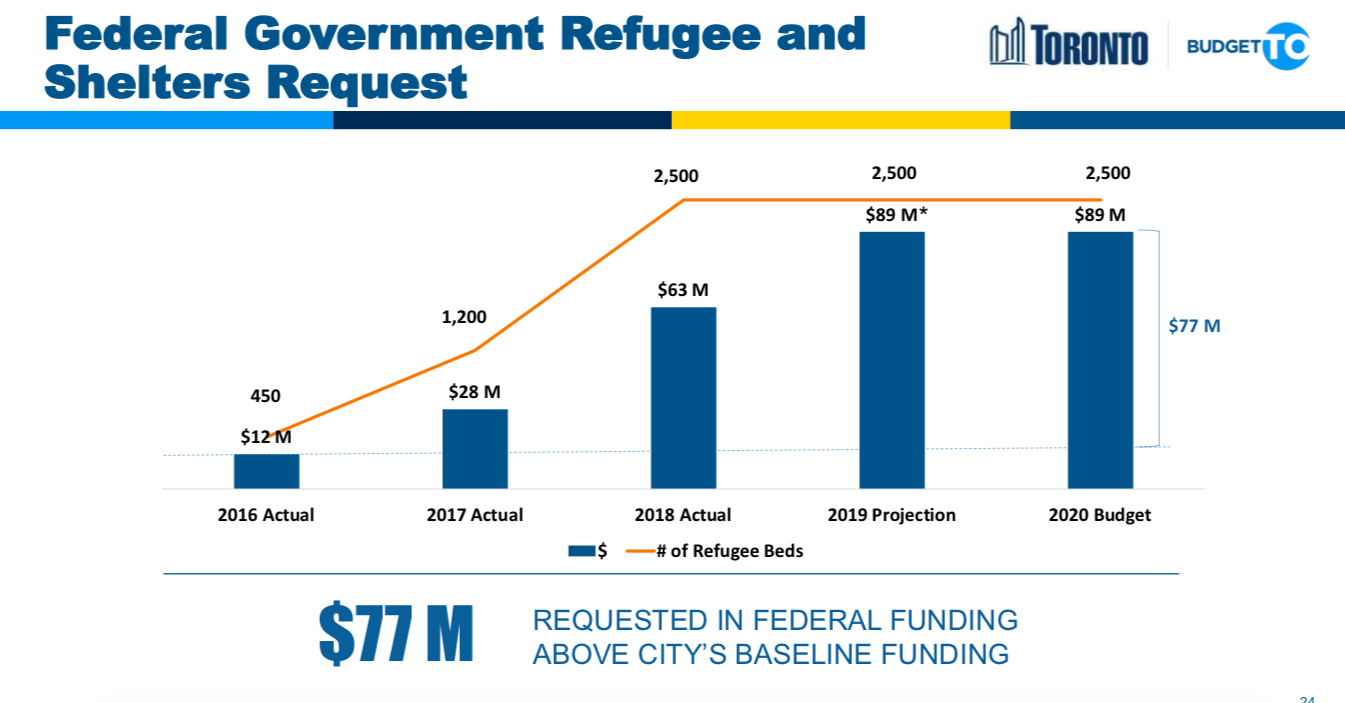 There are also new investments in the report which include, $5.9 million in climate change initiatives, $27.8 million for safety and security measures and $15.3 million for poverty reduction.

Tory also highlighted that for the first time funding will go towards the $1.5 billion Bloor-Yonge Station expansion.

Beyond the funding for new vehicles and hiring the 121 more operators, the 2020 #BudgetTO – for the first time – includes funding for the $1.5 billion Bloor-Yonge Station expansion. This is a crucial project that will help bring relief to one of the TTC’s busiest routes.

The $13.53 billion operating budget includes $11.59 billion that’s largely supported by the city’s property tax. The rest is supported by fees for water, garbage collection, and parking.

There will also be a 2% property tax increase costing the average homeowner an additional $61 in 2020, which actually goes up to $106 when adding in the 1.5% increase to the city building levy that was approved by council last month.

For the long term 10-year plan, the budget outlines significant investment in public transit, committing $13.2 billion to updates and repairs.

The budget is heading to city council for final approval on February 19.