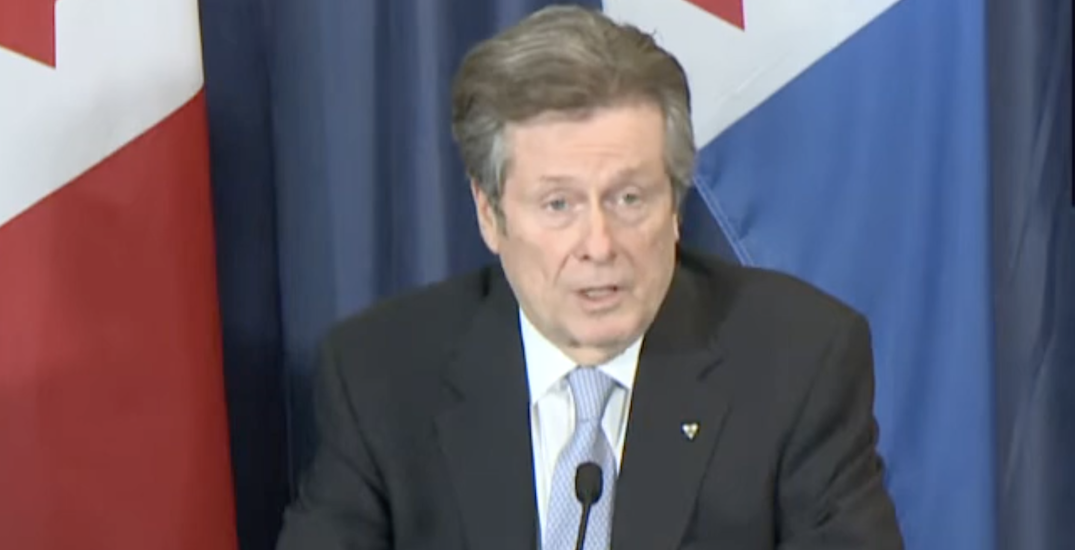 Toronto Mayor John Tory has called Ontario Finance Minister Rod Phillips’ decision to fly out of the country for a personal vacation “regrettable.”

During the City of Toronto press briefing on Wednesday, Tory was asked about his thoughts regarding Phillips’ trip down south during the holidays amid rising COVID-19 infections.

“Minister Phillips made a mistake, a serious mistake. He’s been chastised by the premier for that; he has admitted his own deep regret at making that mistake. I have acknowledged that it was a mistake,” said Tory.

“I think people who know me also know that I especially stand by my friends when they make mistakes and when they’re in trouble because I just think that you have to do that. It’s not about the actions, it’s about the person. He’s a human being and he made a mistake.”

Phillips left Canada for a personal trip to St. Barts on December 13 after posting a message online about making “sacrifices” for the holiday.

Despite health officials in Ontario and Tory himself emphasizing the importance for individuals to not take non-essential trips due to the growth in COVID-19 cases, Tory refused to condemn Phillips.

“Whatever the elements are of the mistake, I said it was regrettable. The whole thing is regrettable because it also gets us into the realm here of people in public life and in public office who are expected to set an example, all being called into question,” said Tory.

“I’m not defending any of the actions; I’m defending the human being who I know, who’s been a good partner for Toronto, and the whole matter is now in the hands of the premier and Mr. Phillips, and they’ll deal with it accordingly.”

On Wednesday, the province reported a record-breaking 2,923 COVID-19 cases, over 1,000 of which were in Toronto.