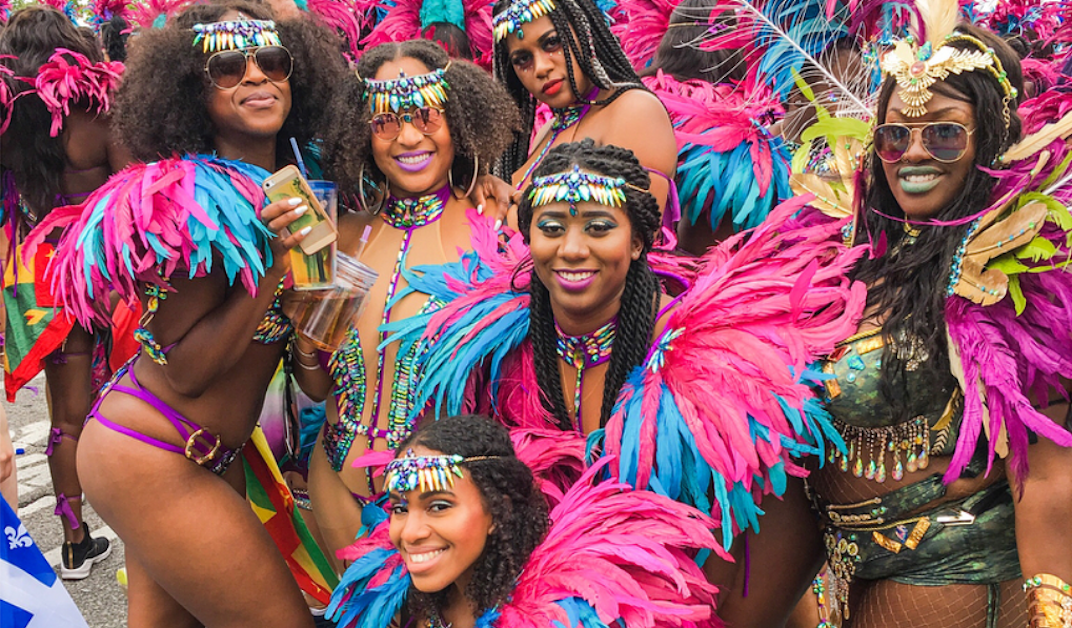 Celebrating its 50th anniversary, Toronto’s massive Caribbean Carnival has been hosting festivities all over the city for the past few weeks.

And on Saturday, despite the rainy start, thousands descended upon Lake Shore Blvd near the Exhibition Place for the annual Caribbean Carnival Grande Parade.

As usual, plenty of costumes and colours filled the streets, as Toronto Mayor John Tory and Premiere Kathleen Wynne joined the crowds.

“Delighted to see visitors from around the world come together to celebrate Caribbean culture in TO,” tweeted Tory on the weekend, with a video of him dancing at the Parade.

Check out some of the highlights form the massive Parade.

Celebrating our vibrant Caribbean community at @TOcaribana Grand Parade is a total thrill. We’re so lucky to live in a diverse province! pic.twitter.com/PuznkFtUF0