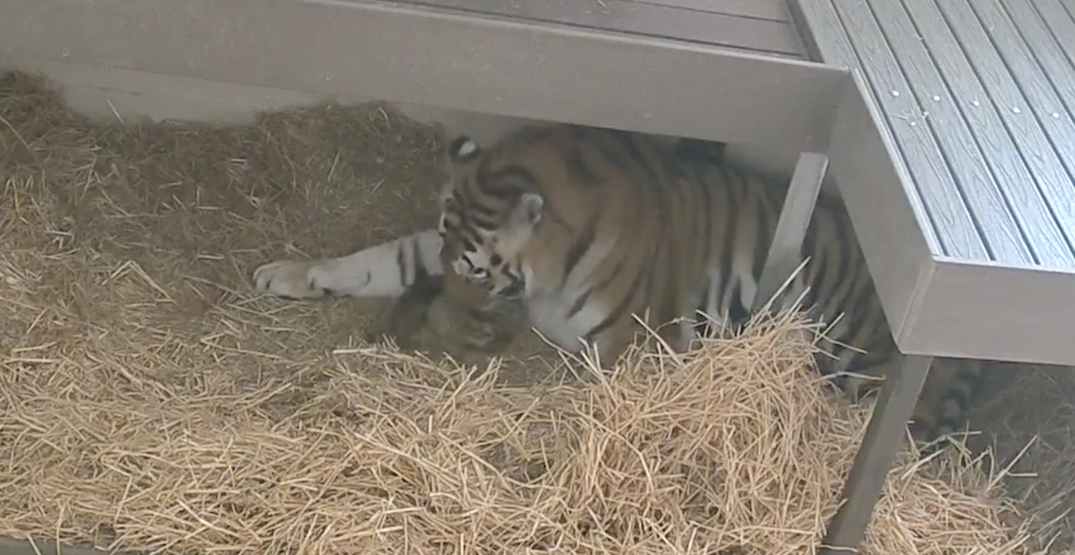 The tiger named Mazyria, affectionately known as “Mazy,” gave birth to the three cubs overnight on April 30 after a 104-day pregnancy, according to the Toronto Zoo.

The first cub was born at 11:40 pm on Friday, and the other two arrived on Saturday morning.

According to the zoo, both the mom and cubs are currently doing well. Zoo staff have been monitoring them closely through remote cameras in order to minimize disturbance and ensure they bond well. In six to eight weeks’ time, the cubs will have their first veterinary checkup, which is when the sex of each cub will be determined.

Amur tigers were downgraded from “critically endangered” to “endangered” by the International Union for Conservation and Nature in 2007 and fewer than 500 of them can be found in the wild.

This is Mazy’s second litter of cubs. Her first litter was born at Granby Zoo in Quebec in 2013.