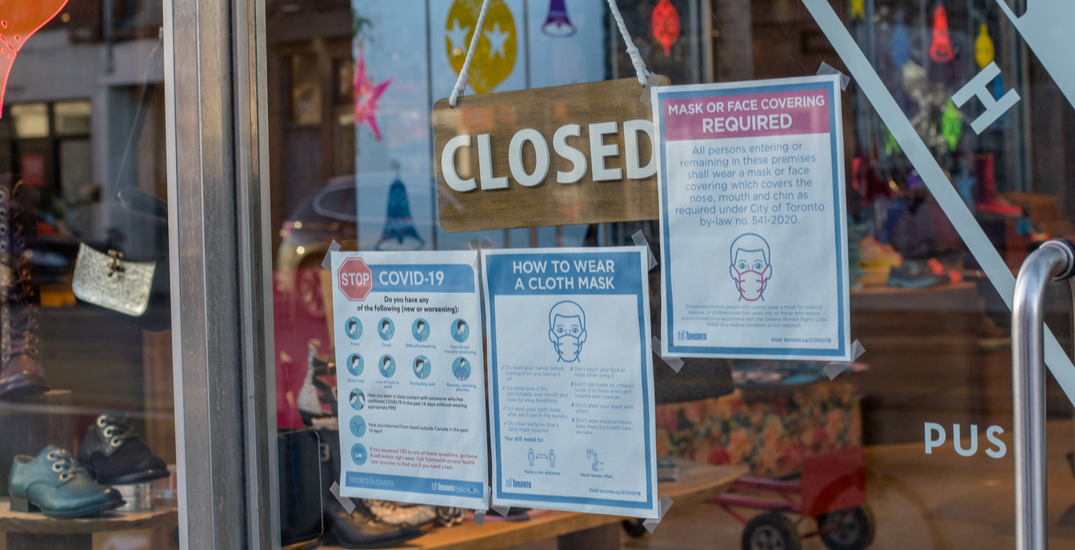 Toronto Public Health (TPH) has ordered 11 businesses across the city to close to some degree after several workers tested positive for COVID-19.

Following investigations undertaken over the weekend, Toronto’s medical officer of health said that eight workplaces will be partially shut down, and four will be fully closed.

Dr. Eileen de Villa made the announcement at a press conference on April 26. An effort is currently underway to notify the businesses, at which point their names will be released.

Once the workplaces have received written notice, “immediate action” is required on their part, de Villa noted.

The facilities are the first to be closed under a new Section 22 order that came into effect in Toronto on Friday. The order has also been issued in Peel Region.

The order allows TPH to close a workplace when a “cluster” of five or more employees test positive for COVID-19 within a 14 day period and have “reasonably acquired” the infection at work.

The majority of the workplaces where the Section 22 order will apply are not places that are frequented by the general public, de Villa noted.

“The purpose of the new order is to separate people who may be infecting each other throughout the duration of the workday, and then taking those infections home,” she said.

“The real difference the order seeks to make is in getting employees apart first, and reducing the threat of subsequent spread and serious illness to their families.”