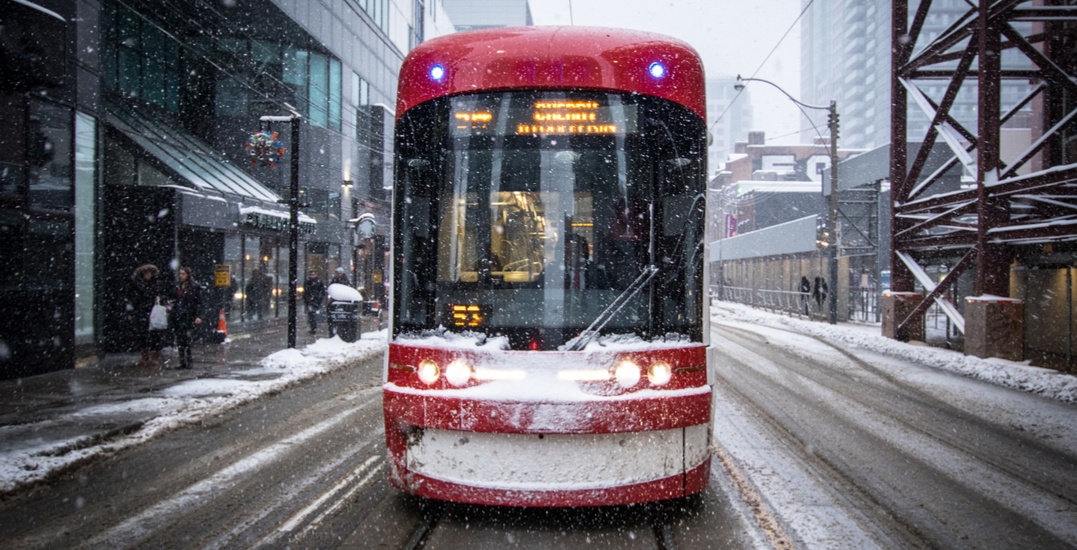 Following a stretch of mild weather, the cold has returned to Toronto, accompanied by a dusting of snow to start off the day.

According to The Weather Network, most of the GTA from Burlington to Toronto and Oshawa will see 2 to 5 cm of snow today.

What’s important to highlight is today’s snowfall will come in quick bursts, which will reduce visibility and impact the roads.

This will be accompanied by gusts of 50 to 70 km/hr winds, which will cause extensive blowing and drifting snow. 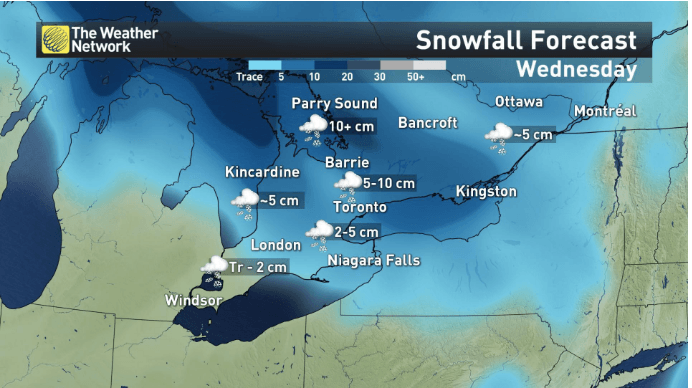 By this evening, the temperature will warm up slightly to a high of -2oC, and stay that way through Thursday morning. However, this slight warm-up won’t stick around much longer as a stream of Arctic air is on its way to Toronto, bringing what The Weather Network is referring to as ‘Winter Part Two’.

Here in Toronto, we’ll experience scattered flurries, which will be accompanied by frigid conditions that will continue into the weekend and through next week.

According to The Weather Network, a clipper will track across Ontario on Saturday, bringing lots of snow and gusty winds to most of the region.

On Sunday we can expect very cold yet fair weather which will continue into next week, with high temperatures reaching near -10oC.

As for the rest of February, we’re going to experience colder than average seasonal temperatures for most of the month and into March.

Don’t listen to the groundhog tomorrow, if it knows what’s up it won’t even come outside tomorrow. 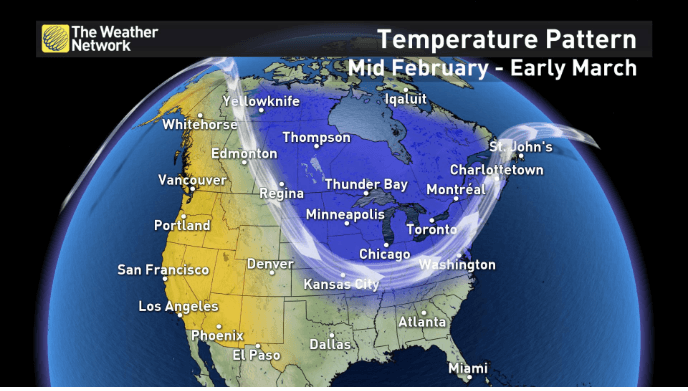