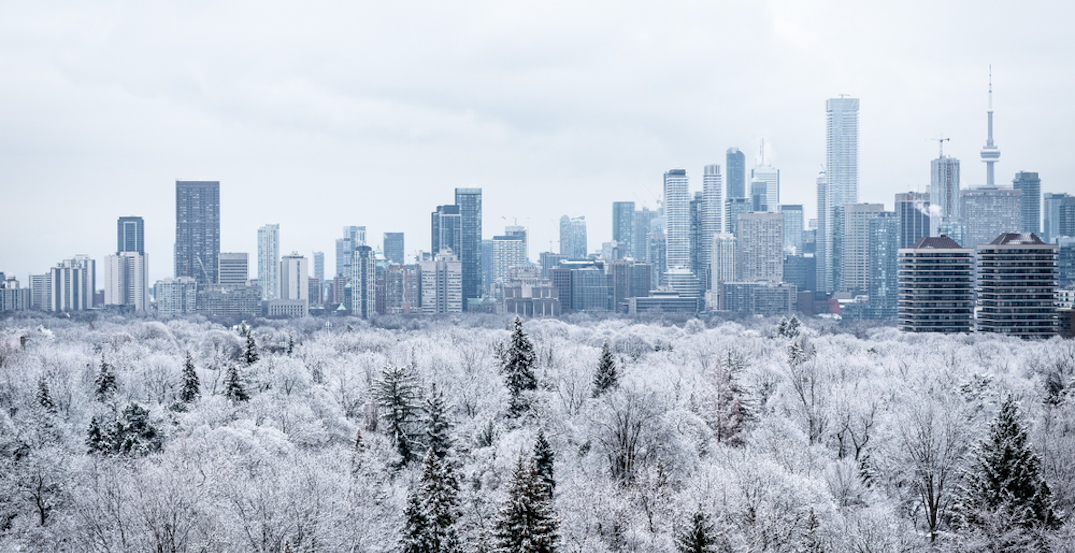 There’s still hope for a White Christmas in Toronto.

The Weather Network is forecasting that the city will see five centimetres of snow on December 24, and there’s a 70% chance of precipitation.

The high is expected to be 3°C, though, so there’s a chance the snow could turn to rain. Overnight, the temperature will fall to -7°C.

It’s expected to be -5°C (and feel like -12°C) on Christmas Day, so any snow that does fall should stick around. Less than one centimetre of snow is expected to fall on December 25, and there’s a 30% chance of precipitation. 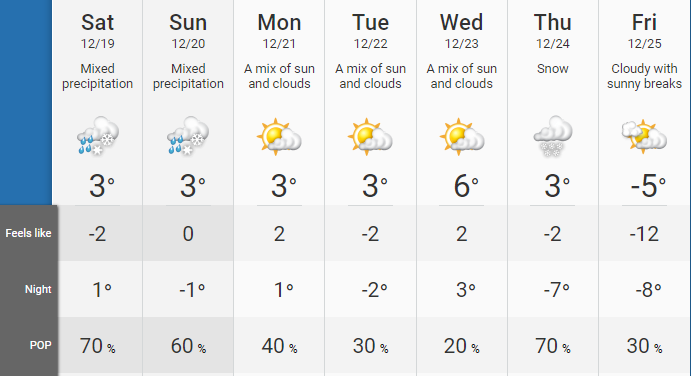 For an official White Christmas to occur, Environment Canada says there must be at least two centimetres of snow on the ground at 7 am EST on December 25.

For a “perfect Christmas” to transpire, there must also be snow in the air sometime on Christmas day.