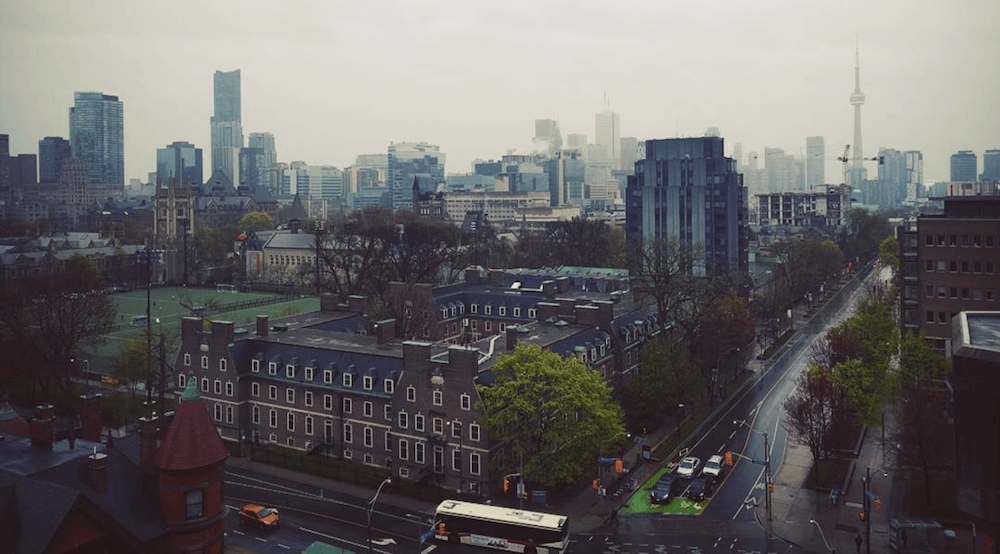 But these indoor events should cheer you up! Check out what’s happening in the city today.

What: It’s time to break out your biggest hat because Derby Day is fast approaching. This Prohibition era-themed event promises an afternoon of bubbles, brunch-themed appetizers and fundraising with special guests and raffle prizes in support of Big Brothers Big Sisters of Toronto.

When: May 6 at noon
Where: CC Lounge & Whisky Bar, 45 Front Street East

What: Hosted by Woodbine Racetrack in the Northern Dancer Room, this race-day event promises food and drink including a whiskey bar, live entertainment, a nail bar, and a contest for the best dressed. Whether you care for horse races or not, Derby Day is the perfect excuse to get dressed up and drink a mint julep.

What: Come and taste what the Eastside has to offer at this one-day food fest. In addition to eating and drinking, look forward to dancing, live music, and DJs along with local artists, food and wine pairing seminars, and an artisanal food market taking over the 9,000 square foot venue.

What: North America’s largest documentary festival is wrapping up this weekend and will be playing a series of films from across the globe in theatres all over the city. Screenings will be held at Hot Docs Ted Rogers Cinema, TIFF Bell Lightbox, Scotiabank Theatre, Aga Khan Museum, Toronto Centre for the Arts, Innis Town Hall, Isabel Bader Theatre and Hart House Theatre, so make sure to visit the Hot Doc’s website for times and locations.

When: Now until May 7
Where: Venues throughout the city

What: Attention fashionistas, this weekend there will be an incredible spring pop-up sale featuring men, women and unisex apparel and accessories from over 70 Canadian designers.

What: Calling all gamers! Toronto Game Jam is a FREE, annual, open-to-the-public event where the craziest game makers in the world gather for a 3-day game making binge.

What: This weekend, come and find your new furever friend at PetSmart Charities’ National Adoption Weekend at all PetSmart stores across Canada. A majority of the pets looking for homes will be cats and kittens, along with many other furry friends.

When: May 6 to 7
Where: PetSmart stores across Canada

What: Jane’s Walk is an annual festival of free, community-led walking tours inspired by Jane Jacobs. Explore your city, share stories about your community and connect with your neighbours on any of the hundreds of Jane’s Walks taking place across the GTA

When: May 6 to 7
Where: Various locations throughout the city

What: Spring is in full bloom, so the moment has come to turn off the Netflix, get off the couch, and get cultured. The Major/Minor: Bloordale Music and Arts Festival is the prefect reason to head West for a weekend of eclectic events, including The Dupe Shop Mixtape Party, a workshop on how to decorate your bike, and a collage workshop too! Basically, this festival is the perfect crash course in how to be a hipster.

When: May 6 to 7
Where: Various locations throughout the city

What: The extremely vibrant and charismatic Josh Tillman, known to his fans as Father John Misty, returns to Toronto for two shows in May at the Royal Alexandra Theatre. The former Fleet Foxes drummer is touring his upcoming third studio album, Pure Comedy.

When: May 6 at 8 pm
Where: Royal Alexandra Theatre, 260 King Street West

What: Singer-songwriter JoJo, who sang the hit breakup track “Leave” will be hitting up Toronto with her Mad Love Tour. She released her debut album with Atlantic Records, Mad Love in 2016, which also happened to be her first LP in ten years.

When: May 6 at 8 pm
Where: Phoenix Concert Hall, 410 Sherbourne Street