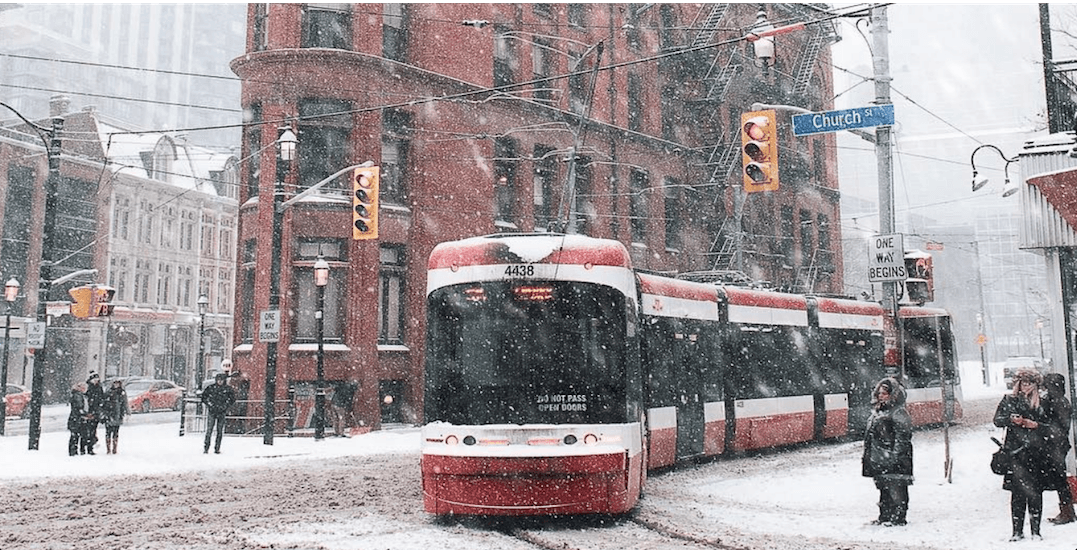 It’s a mild Monday, Toronto. But don’t get used to it.

Despite the moderate temperatures the city is seeing for the next couple days, a combined 15 cm of snow could be on the ground by this time next week.

According to The Weather Network, Toronto could be hit by up to 5 cm of snow each day on Wednesday, Thursday, and next Monday.

Additionally, Tuesday, Friday, Saturday and Sunday are calling for about, or less than, 1 cm.

“It is too early to have confidence in snow totals for specific locations, but much of our region should see at least 5 to 10 cm of snow and the hardest hit areas that stay as all snow should reach 10 to 15+ cm,” says Weather Network meteorologist Dr. Doug Gillham. 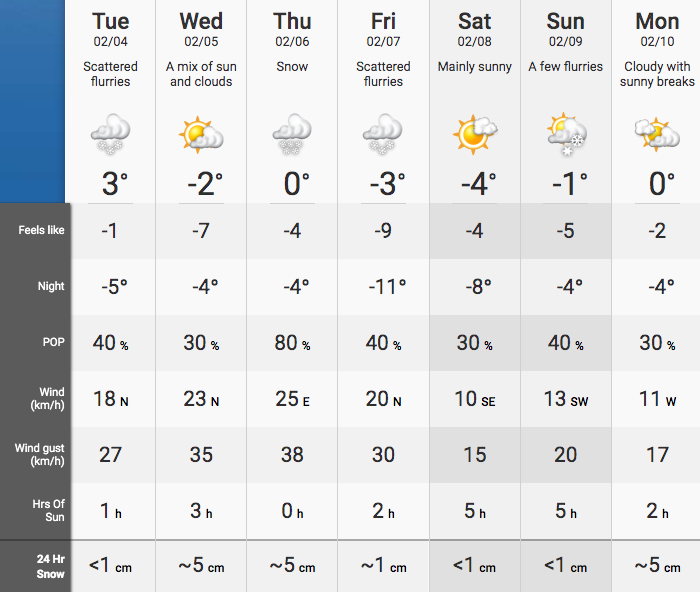 Mixed precipitation is expected to begin on Tuesday in parts of the GTA, while, save for Tuesday’s high of 3°C, the week’s temperatures hover between -4°C and 0°C.

This means, if the snow does come, we aren’t likely to see much of it melt.