Get your sunglasses and sunscreen ready, it’s going to be a scorcher in the city this weekend.

According to The Weather Network, we’re going to see temperatures in the high 20s coupled with humidity, which could lead to potential thunderstorms.

This Sunday, the temperature is going to reach a high of 29°C and with the humidity, it’s going to feel closer to 35°C.

By Monday, the temperature is going to continue to climb, reaching a high of 32°C, which will feel more like a whopping 39°C, with a risk of thunderstorms. 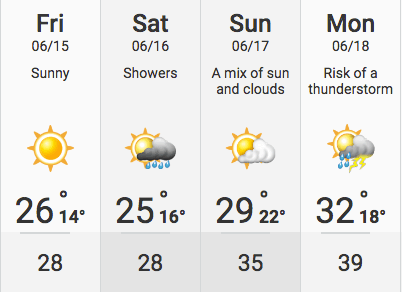 The Weather Network states that temperature values are expected to begin increasing throughout the midweek while building humidity.

“High temperatures on Wednesday will be similar to Tuesday, but it will feel warmer due to the humidity. ”

Gillham also said that the rain and thunderstorm threat will persist through Wednesday afternoon, however, we most likely won’t see any rain.

“But where thunderstorms do occur, there will be locally heavy downpours,” Gillham added. 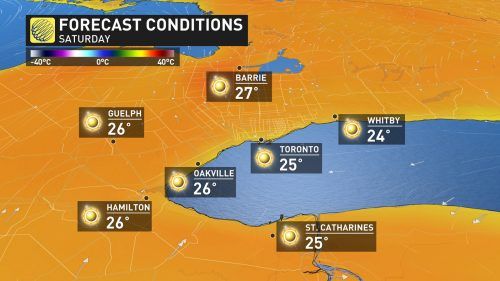 By Sunday, we’re going to see temperatures get “dangerously hot” and feel more like the heart of summer than mid-June

“We have the potential for very hot and humid weather early next week, but there is still some uncertainty regarding the timing of the cold front that will bring a return to more seasonal conditions,” says Gillham.

“If the cold front holds off until Monday night (which appears to be the more likely scenario) then high temperatures will reach into the lower 30s on Monday with a humidex of 40+.” 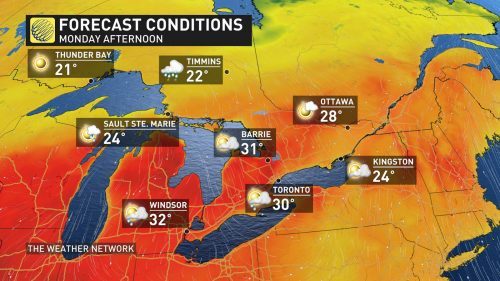 According to Gillham, Monday and possibly Sunday’s temperatures are expected to be higher than what we experienced last summer during July and August.

So if you’re planning on going outside, make sure to plan for extreme temperatures.