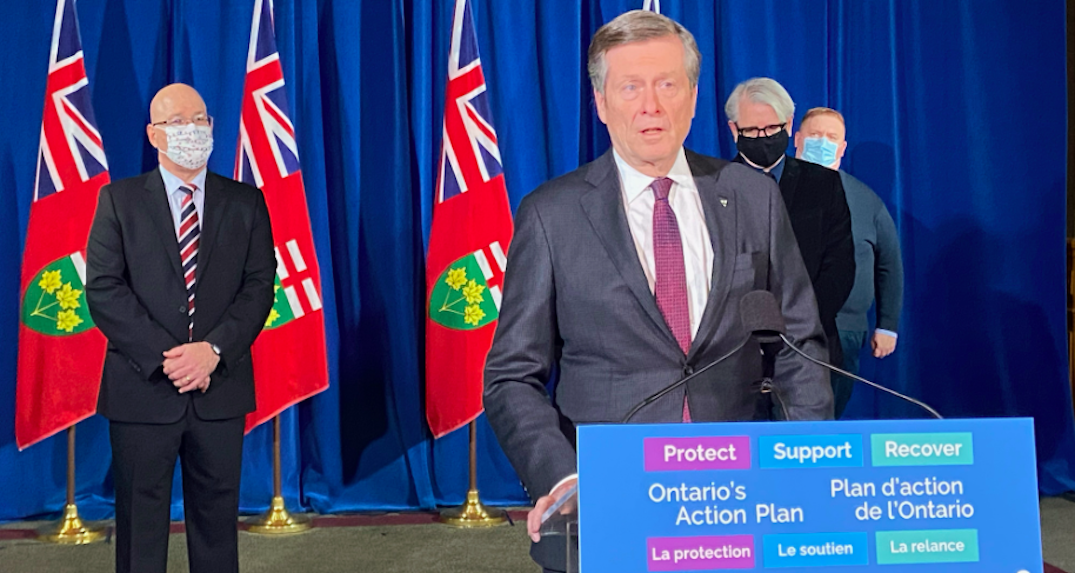 “We are getting on with getting transit built across our city. These projects are worth doing and I know that as we move them forward, our partners in getting transit built, especially the Government of Canada, won’t be far behind. I am absolutely determined to get the Eglinton East LRT built because I know it will make a meaningful difference to transit users in Scarborough,” Mayor John Tory said in a statement.

“It does come with a cost, as all transit projects do, but it is an investment in the future of Scarborough and exactly the type of projects we need to move our city, all parts of our city, forward. I firmly believe that Waterfront transit, east and west, must also be a priority for the city given the development both built and planned. These projects will bring more transit to two areas that absolutely need it – the Waterfront and Scarborough.”

The Eglinton East LRT is a planned 15-kilometre extension of the Eglinton Crosstown LRT from Kennedy Station to Malvern, with up to 21 stops and three connections to GO Transit.

The City says that the line would provide transit access to historically underserved communities, travelling through or adjacent to seven Neighbourhood Improvement Areas and bringing higher-order transit within walking distance of 49,000 Torontonians.

What the City Council voted on what to approve an updated project that has an “evolved design” to accommodate the Province of Ontario’s subway expansion plans. 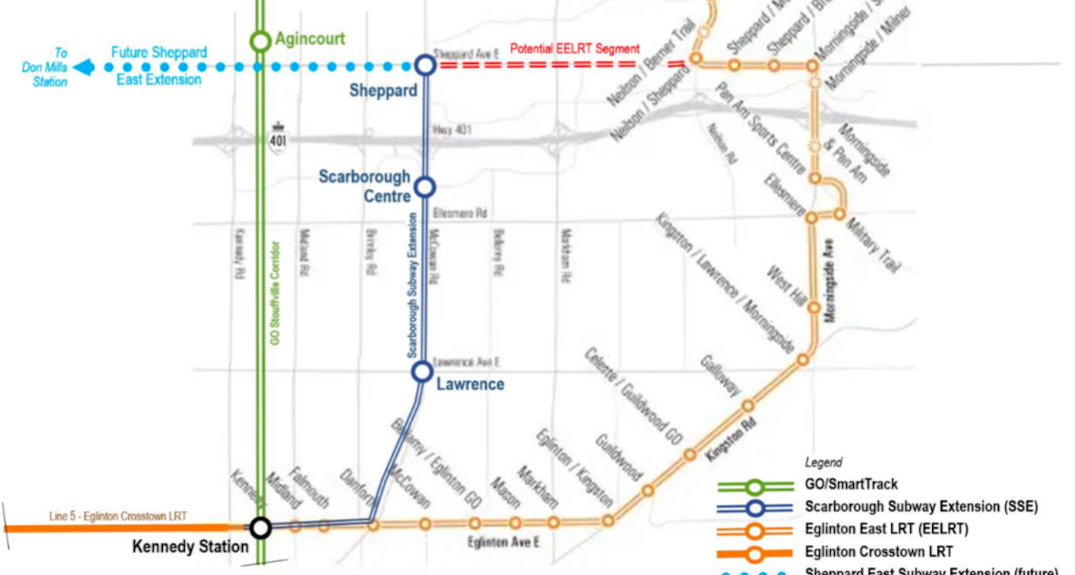 For the next steps, staff have been directed to report back on project costs, schedule and approach next year.

The updated project cost reported by staff is $4 billion.

Council also voted to advance work for on preliminary design and engineering for a streetcar option for the Union Station to Queens Quay Link is well underway—cost estimate is still being developed with council asking staff t report back on funding for the project next year.

The project would provide new and improved infrastructure to operate additional streetcar services to the East Bayfront development area, the city added.