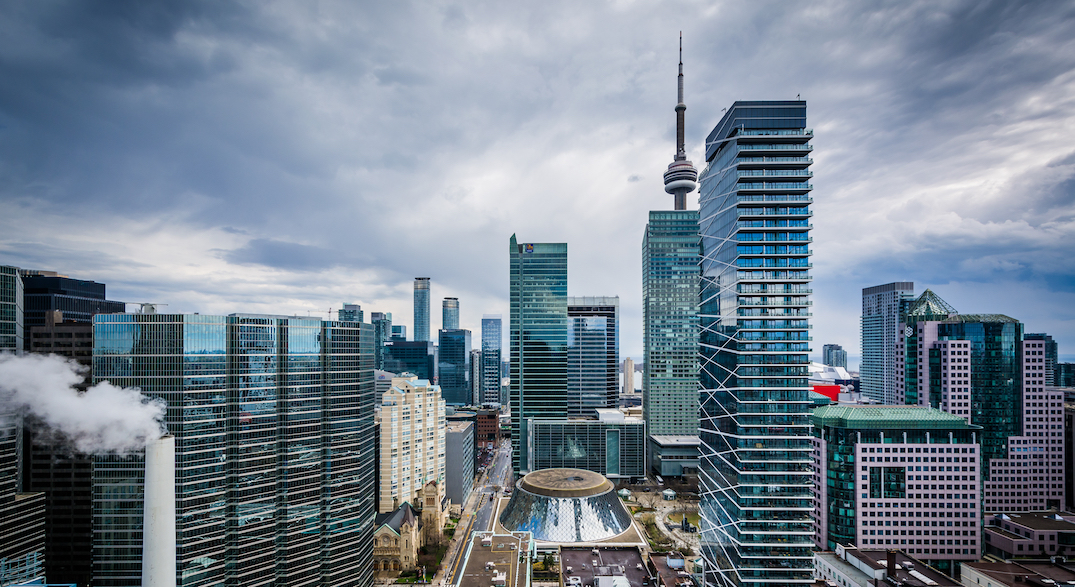 Toronto’s rental vacancy rate reached a 14-year high in 2020 due to the COVID-19 pandemic.

According to a report by the Canada Mortgage and Housing Corporation (CMHC), there was a 3.4% increase in vacancies, with bachelor apartments seeing the most at 5.5%, then one-bedrooms at 4%, two-bedrooms at 2.6%, and three-bedrooms or more at 2.2%.

The loss was due to higher unemployment as well as a decrease in immigration, which makes up a significant share of renter households in the GTA.

Another contributing factor to lower rental demand is the effect of the pandemic on post-secondary education.

Many students now attend classes and exams virtually, which drastically reduces the demand for rental accommodations near these institutions. As a result, many of these students have opted to exit the rental market and find alternative accommodation, like living with family.

However, despite an increase in rental vacancies, there was still an increase in construction of units which grew by 5,72064 units — measured over the 12-month period ending July 30, 2020 — which is 67% higher than the same period in the previous year. In addition, rental apartment completions during the same period have remained high. 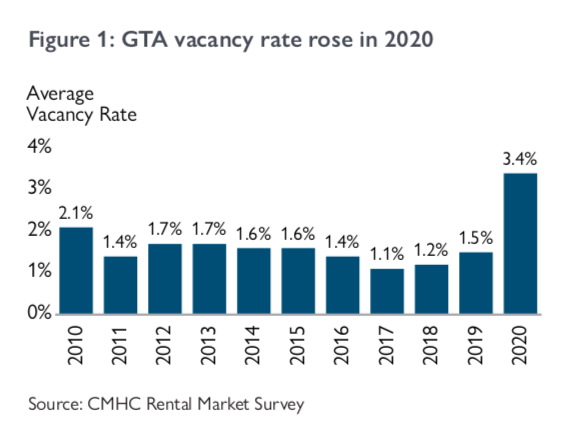 And there was also an increase in rent. While the fixed average rent growth for two-bedroom units — 4.6% — was less than the growth in the two previous years, it remains well above the 2020 provincial guideline of 2.2%.

The report says that fixed sample average rents increased for all bedroom types at roughly the same rate — between 4.6% and 4.9%.

“Above provincial guideline rent growth in 2020 can in part be attributed to strong rental growth prior to the COVID-19 pandemic captured in the survey period, which has skewed average rents upwards. Additionally, this suggests that landlords may be less willing to offer lower rents and instead offer alternative incentives (at the risk of holding vacant units).”

The City of Toronto, “which historically boasts the highest rents and rent growth,” saw the lowest rent growth in 2020 due to people in the urban core being the most impacted by the pandemic.

And even though the GTA’s rental real estate has taken a hit during the pandemic, house prices increased — with the value of buying a home still outweighing renting. However, millennials and new immigrants still tend to rent, which drives rental demand in the city. This trend will likely continue when the pandemic is over.