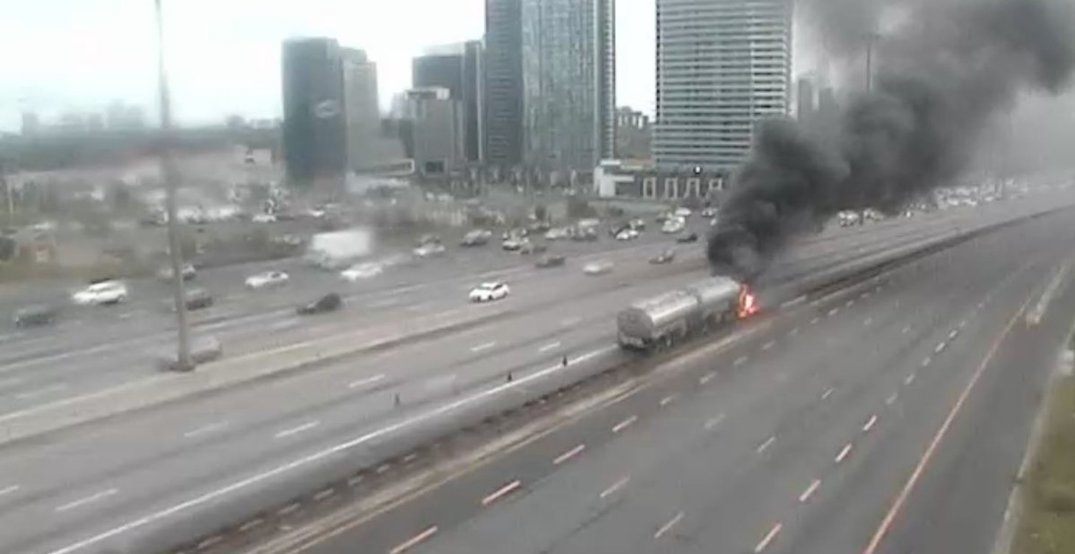 Update: As of 12:50 pm, the OPP report that all lanes on the 401 have reopened following this morning’s fire.

A large number of the eastbound express and collector lanes of the 401 in Toronto are currently closed because of a huge truck fire.

The fire, which was captured on OPP cameras on Wednesday morning, closed all lanes at Bayview along one of the country’s busiest highways just after 8:30 am.

Toronto Police say that they are assisting the OPP with the fire, and are blocking access to the 401 from Bayview. They are asking drivers to avoid the area.

We are assisting @OPP_GTATraffic with a truck fire E/B Hwy 401 express at Bayview Ave. We are blocking access to the Hwy from Bayview Ave. Truck cab is fully engulfed. Avoid the area, plan alternates. ^ma