Snow is almost back on our streets, Toronto.

According to the Weather Network, up to 10 cm of snow is in the forecast for Toronto on Tuesday.

“The snow will develop early Tuesday morning across southern Ontario, becoming heavier at times through the late morning hours and into the afternoon as well,” states the weather agency.

It’s expected to be -1°C in the morning, as the snow begins to fall over the city.

Almost 8 cm is expected by the afternoon, before snow turns to scattered flurries in the evening. 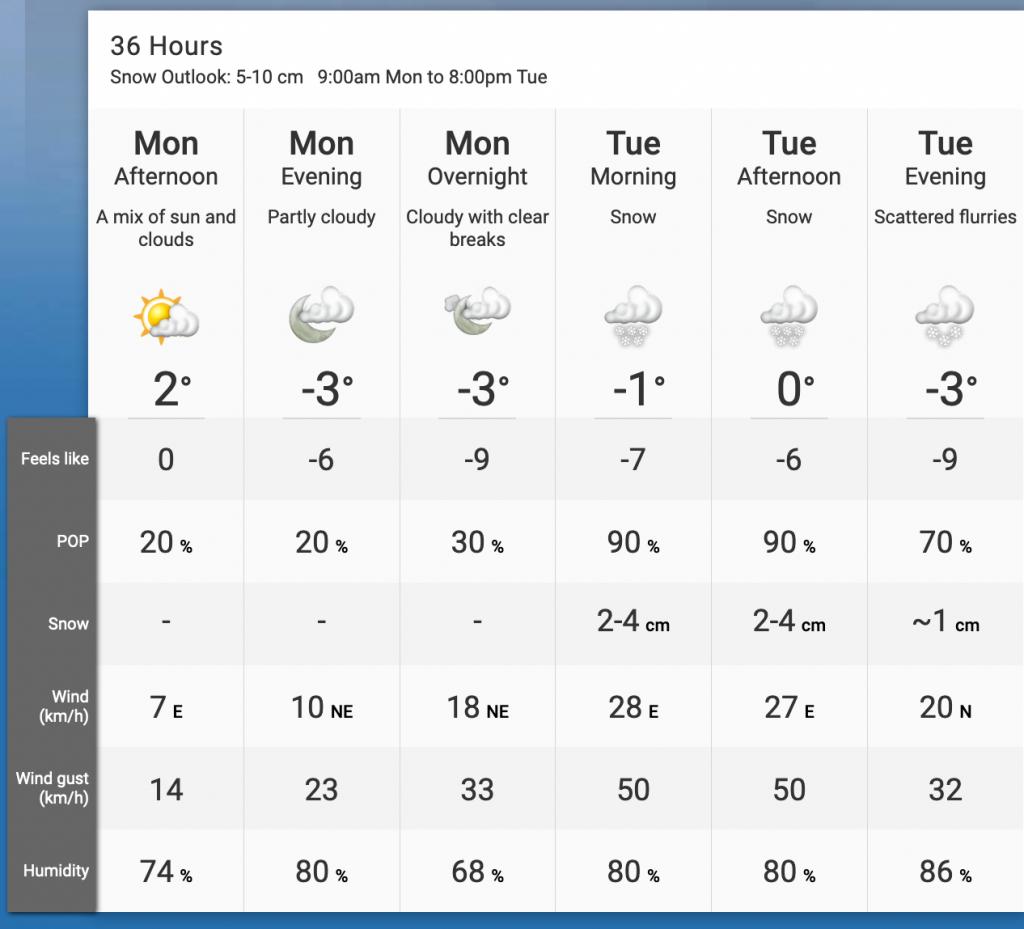 The Weather Network said that “some areas may end up seeing more snow than others because of the east wind the accompanies the storm, as well as impact at higher elevation.”

So far this winter, Toronto hasn’t seen much snow, and the weather agency states that Tuesday’s snowfall could impact drivers across the region.

“As a result, it’s best to plan ahead if essential travel is needed, and to adjust to the changing roads conditions with the accumulating snow,” it states. 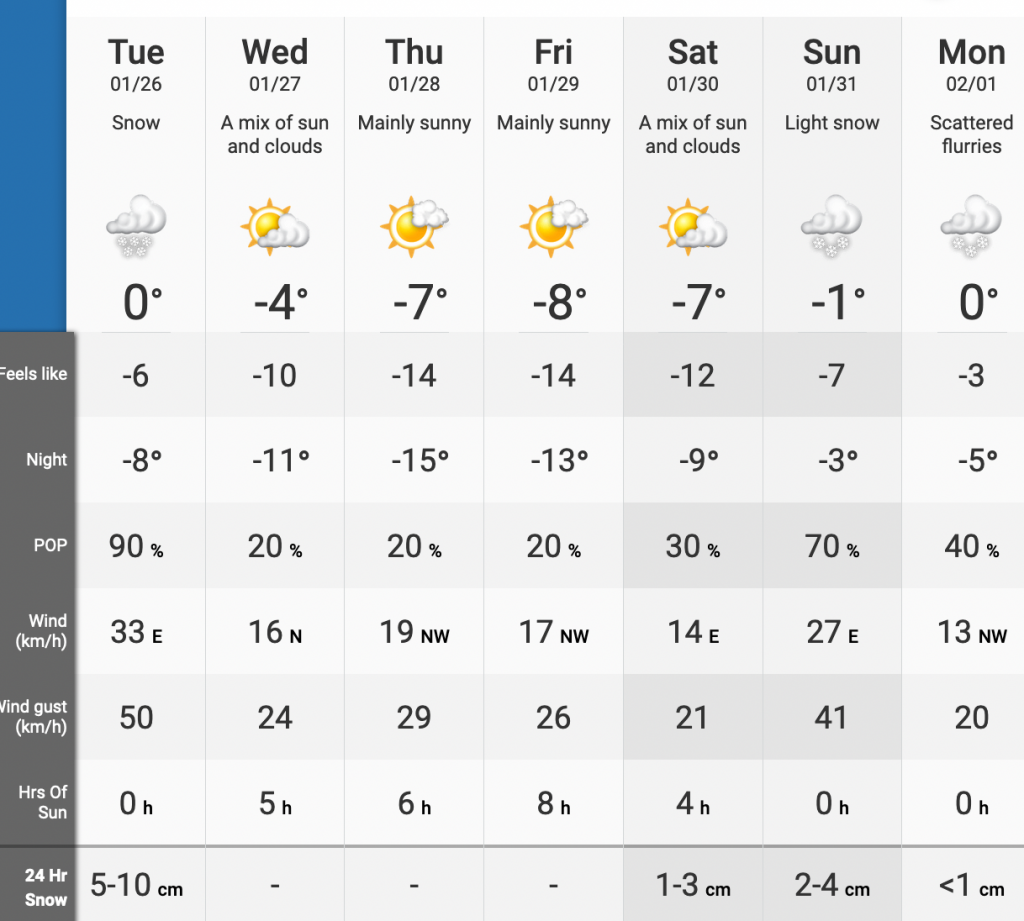 Expect temperatures to drop after the big snowfall, with the rest of the week expecting mostly sunny skies before the next possible storm – expected over the weekend.