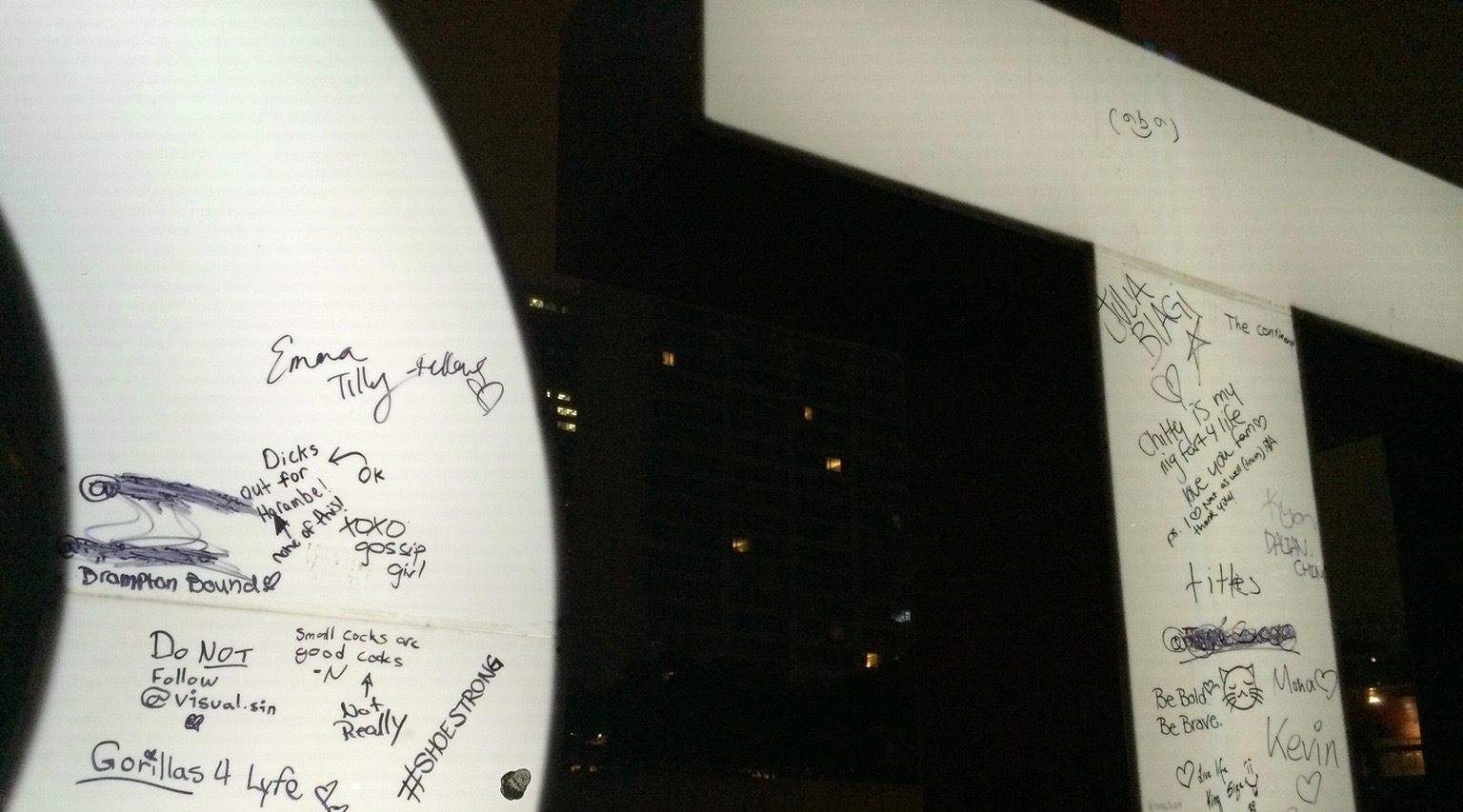 The good thing is, there was no permanent damage and the city expects to have it cleaned up by the end of the day. The bad thing is this is exactly why we can’t have nice things.

Some of the scribbles on the much Instagrammed sign included an homage to Harambe, and apparently Gossip Girl was in town.

#NuitBlanche seriously disappointed with the stupid vandalism of the Toronto sign😞 pic.twitter.com/7LRYB9TMnU

Someone drew ( ͡° ͜ʖ ͡°) on the Toronto sign. pic.twitter.com/kFR3YyETSU

Looks like the famous Toronto Sign is getting vandalized hard tonight at #NuitBlanche. This is why we can’t have nice things! #nbTO16 pic.twitter.com/VjPXifK7wh

The sign was installed for the 2015 Pan American Games and was meant to be temporary, however, it became a popular tourist attraction and will remain for the time being.