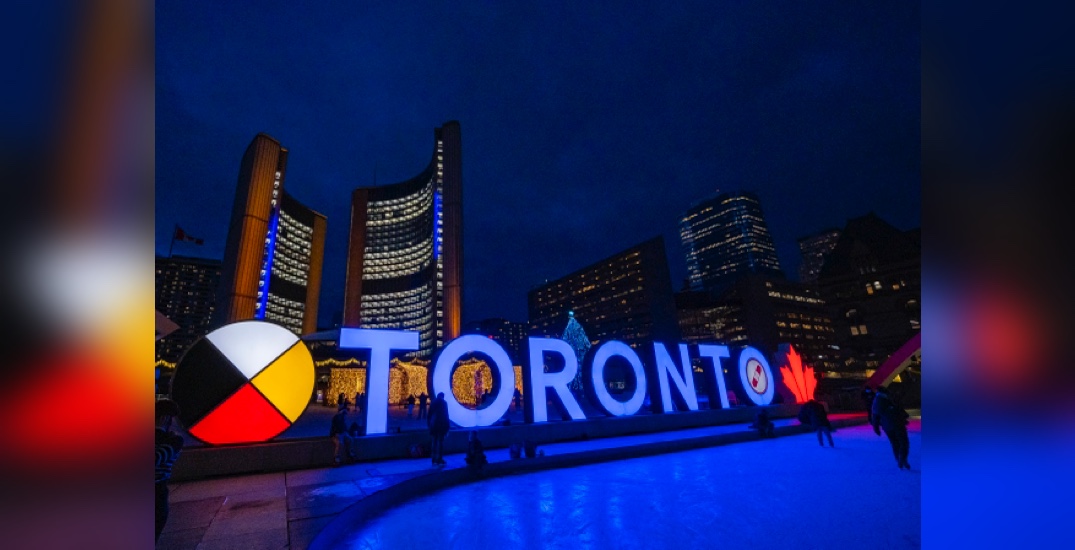 The Toronto sign at Nathan Phillips Square was upgraded with a pink bandage to recognize the City’s vaccination campaign.

The Team Toronto pink bandage has been a representation of Toronto’s vaccine campaign since January. Joe Cressy, City Councillor and Chair of the Toronto Board of Health, alongside Mayor John Tory unveiled the sign on Tuesday.

The pink bandage has appeared on signage, stickers, advertising, and communications for Toronto’s vaccine campaign, becoming a well-known symbol in the city.

As the symbol of the City’s vaccination campaign, this illustrates our incredible progress to date and continued commitment to getting residents vaccinated. pic.twitter.com/dbDjyuj8WN

According to a statement from the City, the pink bandage on the Toronto sign is to encourage parents and caregivers to get children vaccinated. They also hope it will motivate eligible Torontonians to book their third dose appointments.

“Adding the pink bandage, the symbol of the City’s vaccination campaign, to the iconic Toronto Sign will signal brightly our commitment to helping everyone access COVID-19 vaccinations. I encourage everyone to take advantage of the many opportunities to become fully vaccinated,” Tory said in a statement.

For more information on Toronto’s vaccination campaign for children aged five to 11, click here. To book an appointment for a first, second, or third dose, click here.