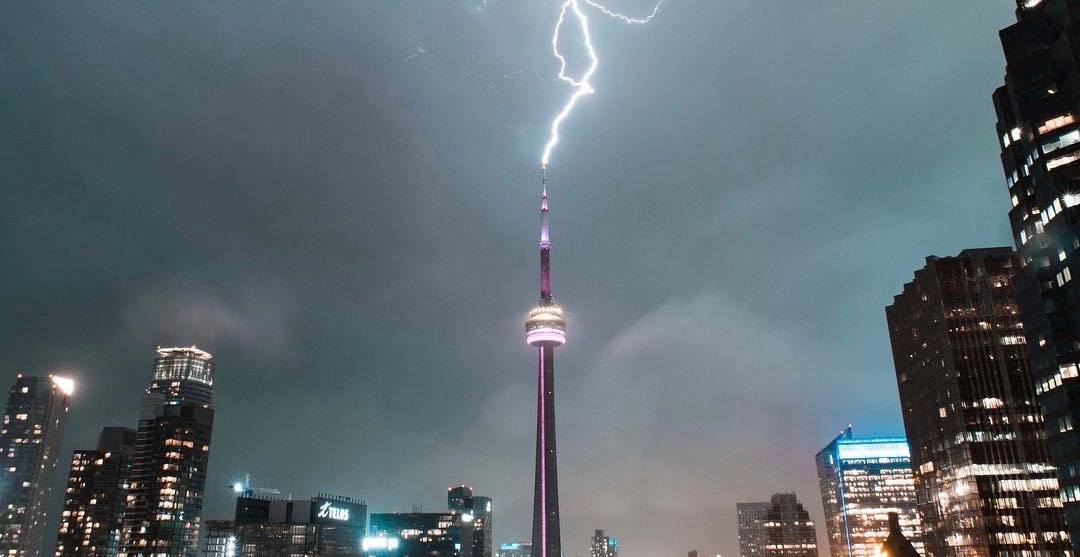 In case the loud claps of thunder and pouring rain in Toronto right now weren’t enough of a hint that a storm  has arrived, a severe thunderstorm warning has been issued by Environment Canada.

According to the weather agency, severe thunderstorm warnings are issued when imminent or occurring thunderstorms are likely to produce or are producing one or more of the following: large hail, damaging winds, torrential rainfall.

Up to 2 cm of nickel size hail and heavy rain are expected, with gusts of 100 km/h also possible.

This weekend, rain has already reduced Don Valley Parkway maintenance to just one day this weekend, while the Toronto Islands are dangerously close to 2017 flooding levels.

Stay safe out there, Toronto — ’cause staying dry likely won’t be an option.

Here’s an example of the hail hitting Waterloo:

Just had a pretty epic round of hail go through #Waterloo #ONStorm pic.twitter.com/U5Np2cjiiX