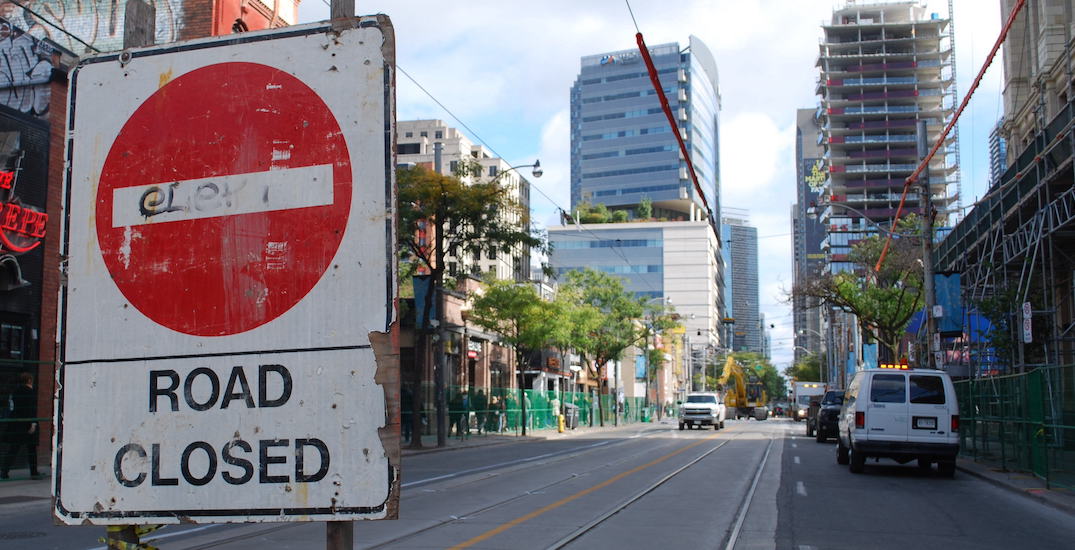 The City of Toronto has announced four road closures in certain areas of the city this weekend, and it could affect your commute.

From December 18 to December 20, the following roads will be affected by closures:

“Members of the public are reminded to stay home to help stop the spread of COVID-19. Anyone who needs to travel for essential reasons should plan their trip in advance and use alternate routes,” said the city.

On Saturday, there will also be no subway service available on Line 1 between Lawrence and St. Clair stations to accommodate the Eglinton Crosstown construction.

“Where possible, the City’s Work Zone coordination team has moved activities overnight and all locations will have signage in advance of activities and paid duty officers in place at key intersections to help manage traffic,” said the city.