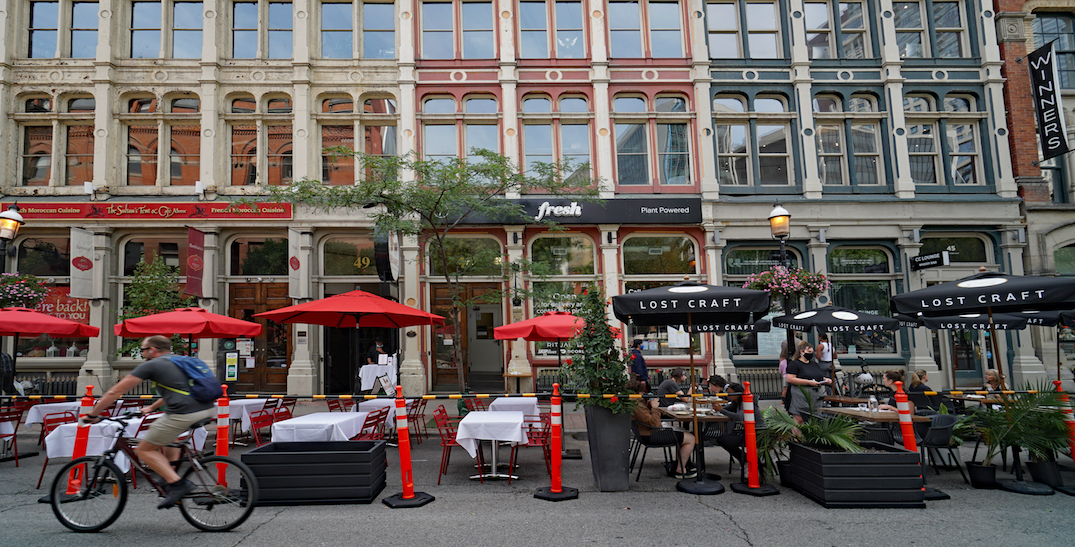 Restaurant Canada estimates that Ontario’s modified stage 2 restrictions on indoor dining closures have resulted in over 30,000 jobs lost in Toronto and asks why they’re being “singled out”.

According to the group, Ontario restaurants are calling on the province after approximately 33,000 jobs were lost in Toronto, 14,900 in Peel Region, and 8,800 in York Region.

If enacted in Halton and Durham regions, indoor dining closures could mean 8,500 jobs would be lost.

“Restaurants and the many small and medium-sized businesses that make up Ontario’s food service sector are a critical load-bearing pillar of the province’s economy,” said James Rilett, Restaurants Canada Vice President, Central Canada.

“Without transparent transmission data and further government support, half of all independent restaurants are at risk of closing within a year. This would not only be a terrible loss for communities across the province, but for the many other businesses that rely on a thriving food service sector for their survival.”

The group is also calling on Premier Doug Ford and have sent him a letter, requesting “clear and transparent” information in order to understand what “is driving government decisions related to dining restrictions,” and consultation with the industry in order to address concerns found by data.

There has also been a loss of sales as much as 80% in full-service restaurants and over 40% for quick-service.

According to Restaurant Canada, before the pandemic the province’s food service industry was made up of about 38,000 establishments and was “contributing 4 percent to Ontario’s GDP and serving more than 9 million customers every day.”