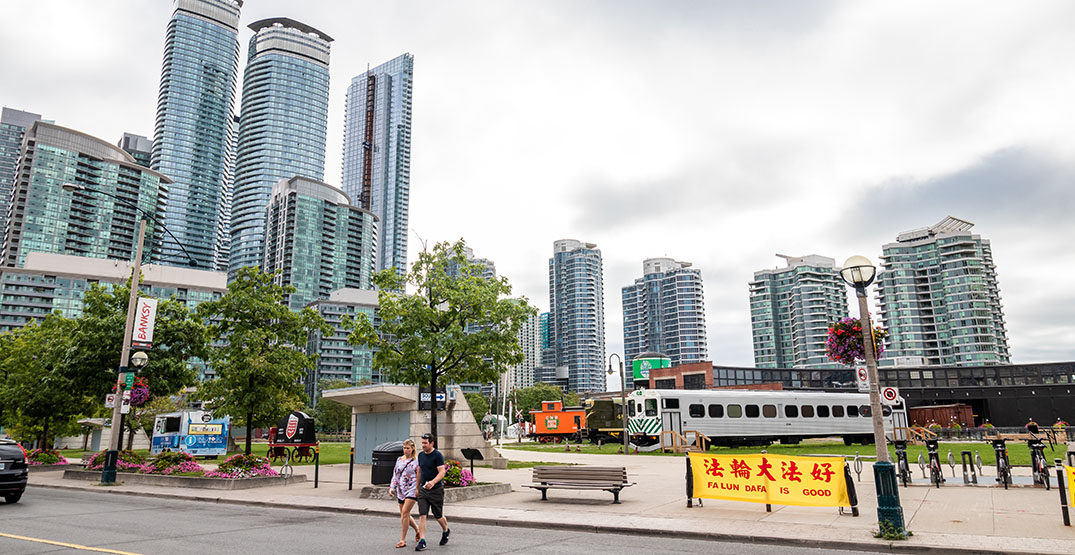 Average rental prices in the Greater Toronto Area decreased again in July, marking the eighth month in a row average rents have declined, according to data from a new report.

The report compiled by TorontoRentals.com and Bullpen Research & Consulting suggests the average monthly rent in Toronto has fallen to $2,194, which they say is an 8.7% annual decrease. 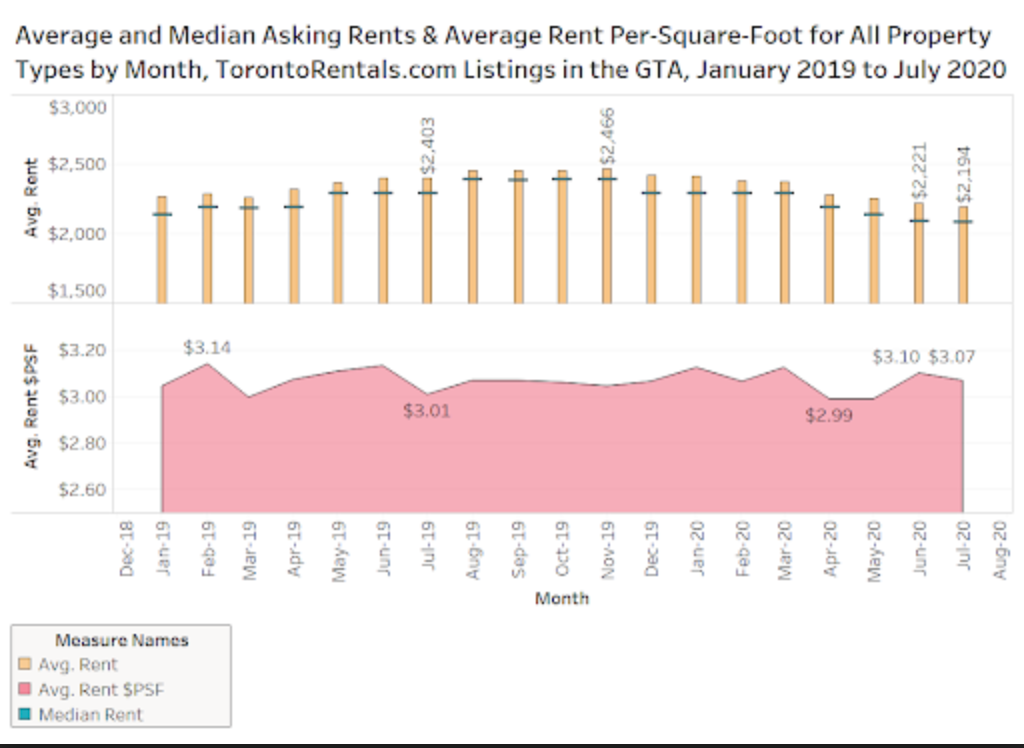 Toronto’s waterfront neighbourhoods experienced the sharpest declines, which the report says could be due to declining interest in downtown properties in the work-from-home era.

“With a large part of the workforce still working from home there is a greater need for more space for home offices and a diminished need to be near a downtown office,” Matt Danison, CEO of Rentals.ca, said in the report.

On average, condominium landlords charged $260 less per month in July 2020 compared to July 2019, the report said.

“The continued ownership demand reflects a long-term mindset of buyers who expect Toronto will return to its pre-pandemic desirability when things get back to normal,” he said.