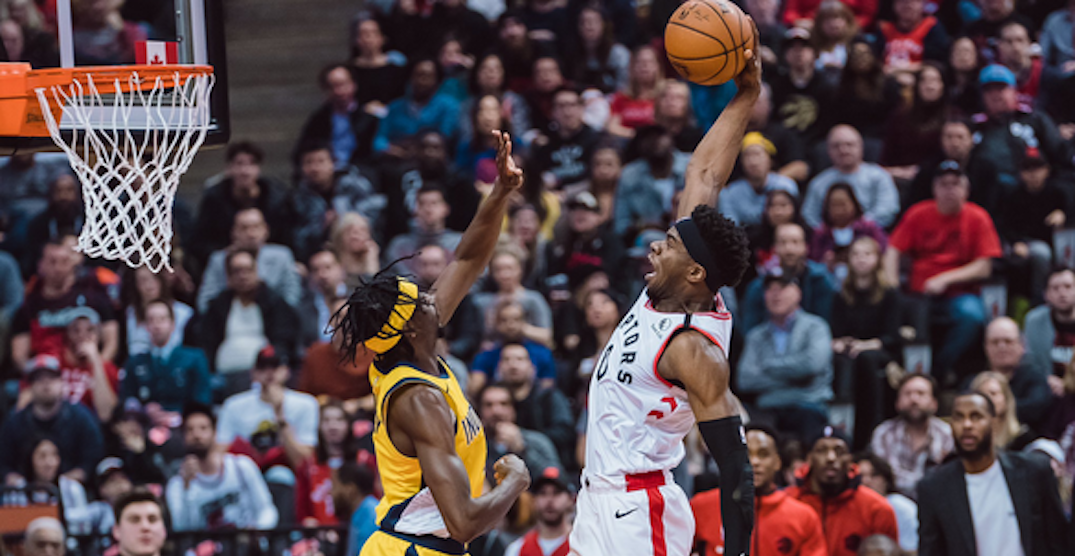 The Raptors’ blowout 127-81 win over the Pacers was the largest margin of victory for the team.

Starting off strong, the Raps were leading by more than double during the first half, and the lead continued throughout the game.

Leading the team was Pascal Siakam with 21 points and Serge Ibaka with 15, while rookie guard Matt Thomas finished with 17 points.

This was the 17th win for the Raptors in the last 18 games.

After the Pacers missed their first nine shots of the game at Toronto’s Scotiabank Arena, head coach Nate McMillan called a timeout, though the team continued to struggle afterwards.

The Raps won with a 46 points lead, the largest margin of victory in the Toronto franchise’s history. It was also Raptors head coach Nick Nurse 100th NBA win of his coaching career.

According to the Indiana Pacers, this was their first loss by 40 or more points since losing 132-89 to the New York Knicks on January 3, 2010.

The Toronto Raptors will be looking for another win as they host the conference-leading Milwaukee Bucks on Tuesday.