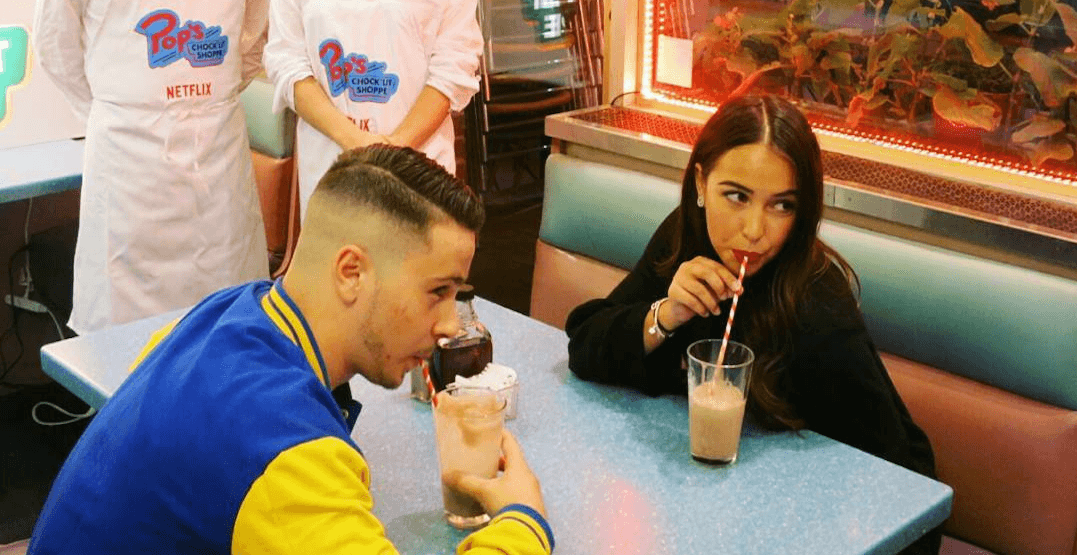 This was an exciting week for Riverdale fans, Season 2 premiered October 12, where we saw the gang struggle with the emotional aftermath of Archie’s father’s shooting.

But perhaps more importantly, Netflix helped Canadian fans celebrate the launch of the new season by opening up pop-ups of Pop’s Chock’lit Shoppe across the country.

Those lucky enough to get in had the chance to try some Riverdale-inspired milkshakes: the Betty (Old Fashioned Vanilla) or the Veronica (Double Chocolate).

If you weren’t able to make it to Pop’s last night, there were plenty of Riverdale letterman jacket sightings and cozy booth pics. Here’s what went down…

If you still want to visit Pop’s for yourself, the pop-up will be open again tonight from 7 pm to 11 pm at Fran’s Restaurant on College.