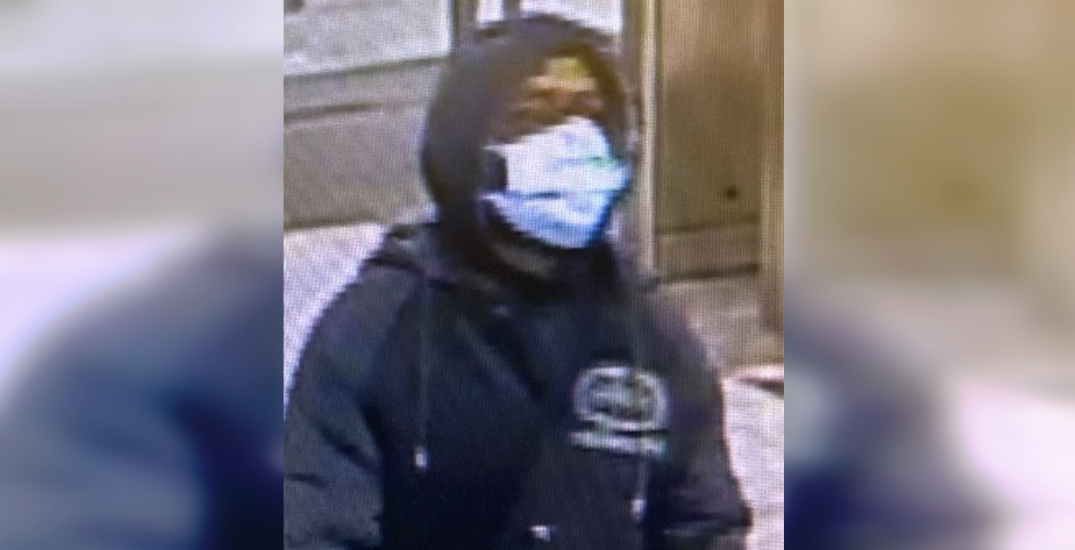 Toronto Police are searching for a suspect after a woman was allegedly robbed and assaulted on the TTC.

According to the Toronto Police Service, a woman was on a westbound subway train from Bay Station at 1:30 am on March 18.

A man sat down next to the woman and began yelling at her. When she tried to leave, the man hit the woman “repeatedly” with his hands, police said.

He then grabbed the woman’s purse and fled the train when it arrived at St. George station.

Police have released security images of the suspect. He is described as Black, 5’8″ tall, with a skinny build.

He was wearing a black hooded jacket, blue surgical mask, and dark pants at the time of the incident.