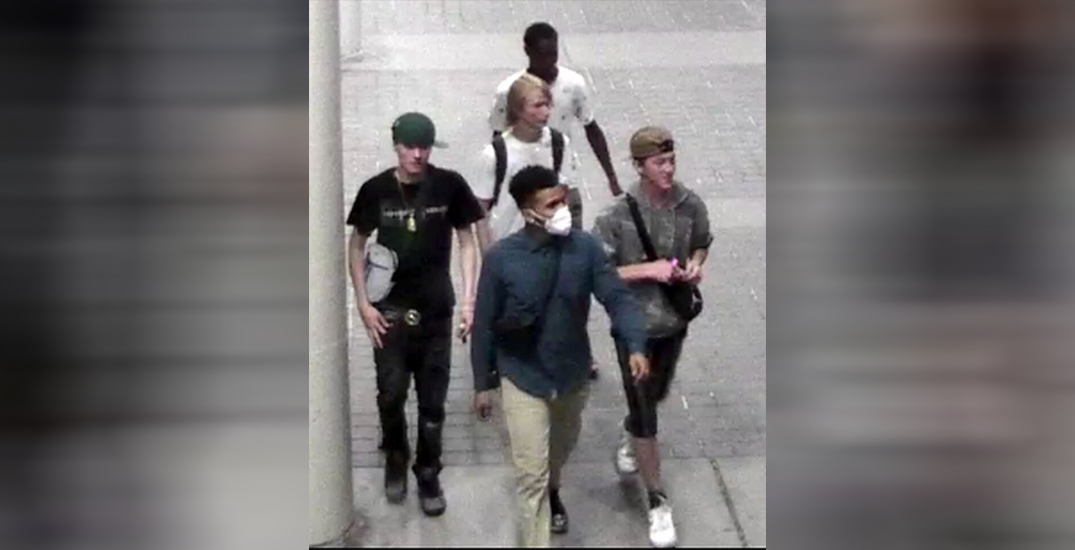 Toronto Police are seeking assistance from the public after releasing photos of suspects linked with a stabbing investigation.

According to police, they were called to the John Street and Front Street West area of Toronto for a stabbing on June 30 around 12:30 am.

A 19-year-old man was walking in the area when he was allegedly assaulted and robbed by a group of five other men.

He was stabbed with a screwdriver numerous times during the assault.

Investigators are asking for assistance in identifying and locating the suspects.

They are also seeking out any witnesses to the incident.

The first suspect has been described by police as Black, under six foot, with black hair. He was seen wearing a dark, long-sleeved shirt and khaki pants. He was also seen wearing a white surgical mask.

The second suspect has been described as white and is also under six foot. He was seen wearing a long-sleeved hooded shirt, dark-coloured shorts, and a backwards baseball cap. The suspect was also wearing a black Air Jordan satchel across his chest, white sneakers and black socks.

The third suspect is white and stands under six feet tall. He was seen wearing a gold chain, a black ball cap worn sideways, dark pants, and dark shoes. He was also seen carrying a light-coloured satchel bag.

The fourth suspect is Black and around six feet tall, with black hair. He was wearing a white T-shirt with dark markings on it, blue jeans, and light-coloured sneakers.

The fifth suspect is white and around six feet tall. He has blond hair and was wearing a white T-shirt, blue jeans with a rip on the right knee and dark sneakers. He was seen carrying a dark-coloured knapsack on his back. 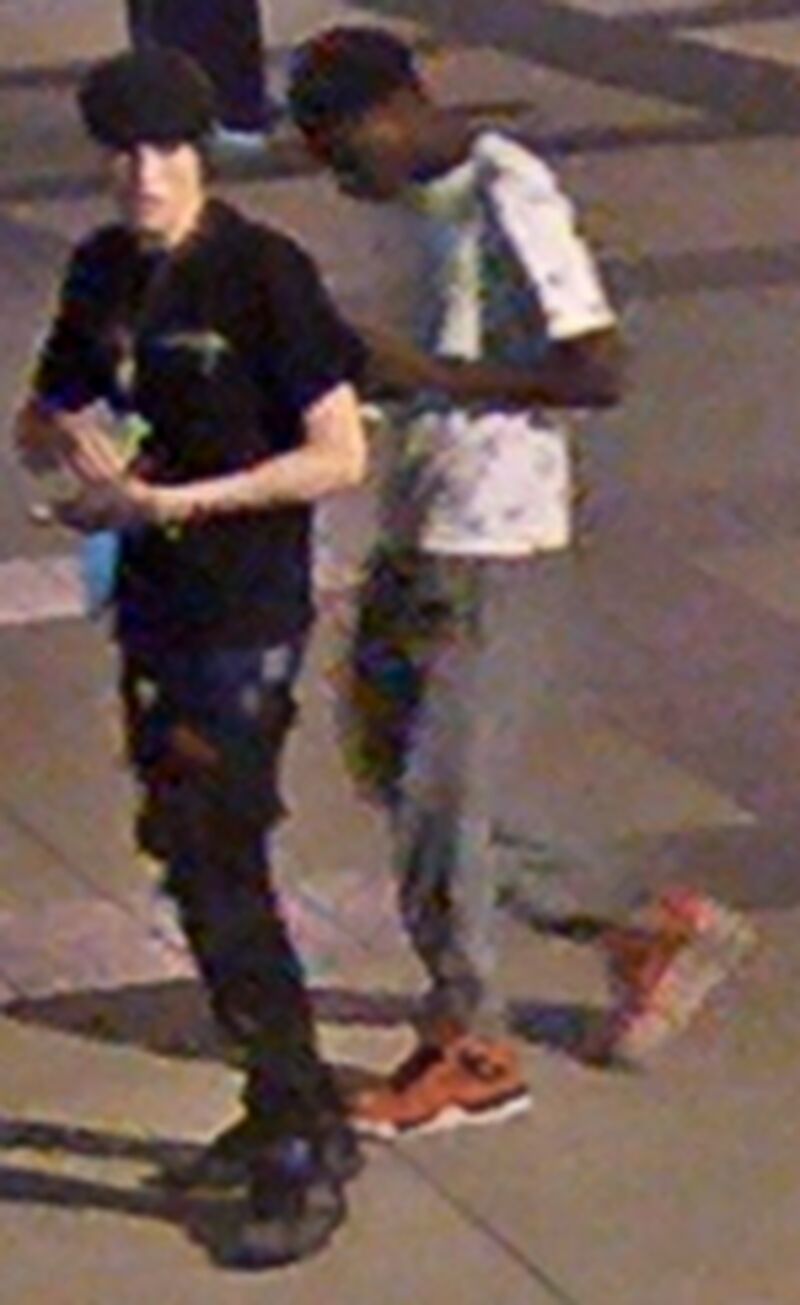