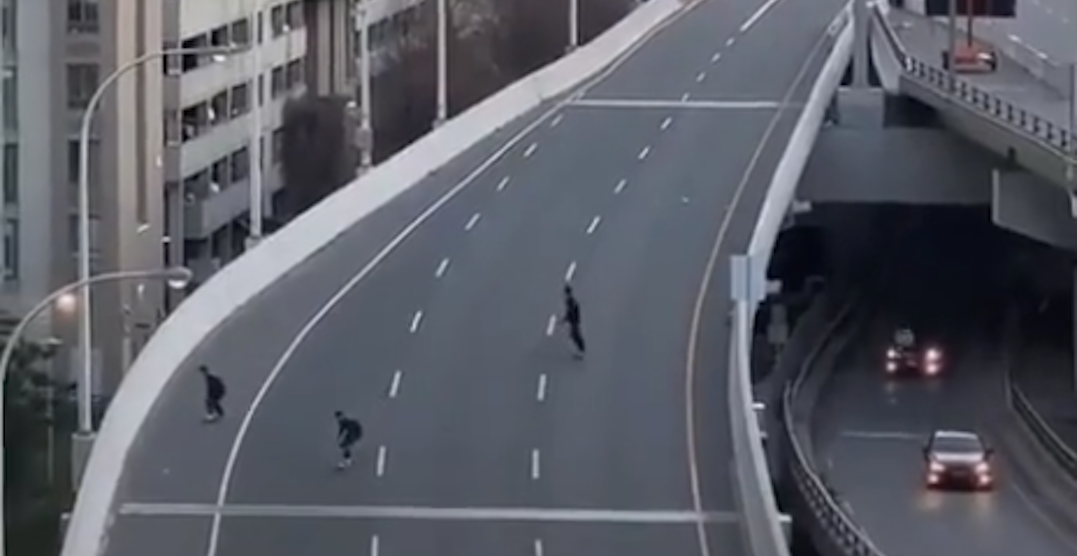 Three men have been fined after allegedly skateboarding on the Gardiner Expressway, Toronto police say.

A video of the alleged individuals, shared on social media app TikTok, captures a far-away shot of three men zipping down the off-ramp at Bay, York, and Yonge Street.

Traffic was minimal, but cars are visible approaching from a distance behind the group.

Traffic Services reported that the incident occurred on May 1 around 8 pm, and on May 6, three adult males were ticketed and fined $110 for “Skateboarding on a Prohibited Highway.”

“This behaviour is dangerous, pedestrians, cyclists, and skateboarders are prohibited from being on highways or expressways,” Traffic Services said.

“We are seeing more and more of these grand standing and publicity seeking stunts. The Toronto Police do NOT condone this behaviour and will investigate those who choose to act this way.”