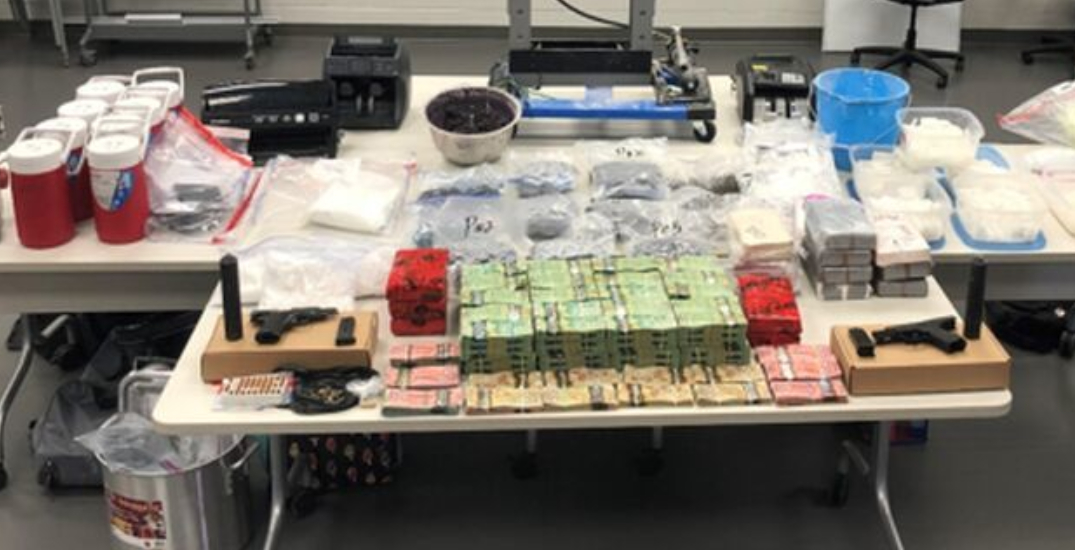 Toronto Police have seized millions of dollars worth of illegal drugs and laid multiple charges as a result of two drug trafficking investigations in the GTA.

Police announced the “substantial” seizures during a press conference on Thursday.

The investigations, which both began in the fall of 2020, resulted in more than 142 kilograms of crystal meth, cocaine, fentanyl, and heroin, being taken off the street.

Police say the drugs have an estimated street value of $17.7 million.

Two firearms and more than half a million dollars were also recovered.

The first investigation was launched after the Toronto Police Drug Squad allegedly received information about a man trafficking drugs in the city.

Police say that Onyejebechi Ifesimeshone, 23, of Vaughan, was arrested on November 15.

After executing search warrants at three properties, officers seized a “large quantity of drugs,” including 10.642 kilograms of cocaine, 767 grams of fentanyl, and 67.8 kilograms of crystal methamphetamine.

Ifesimeshone has been charged with three counts of Possession Schedule I Substance for the Purpose of Trafficking. 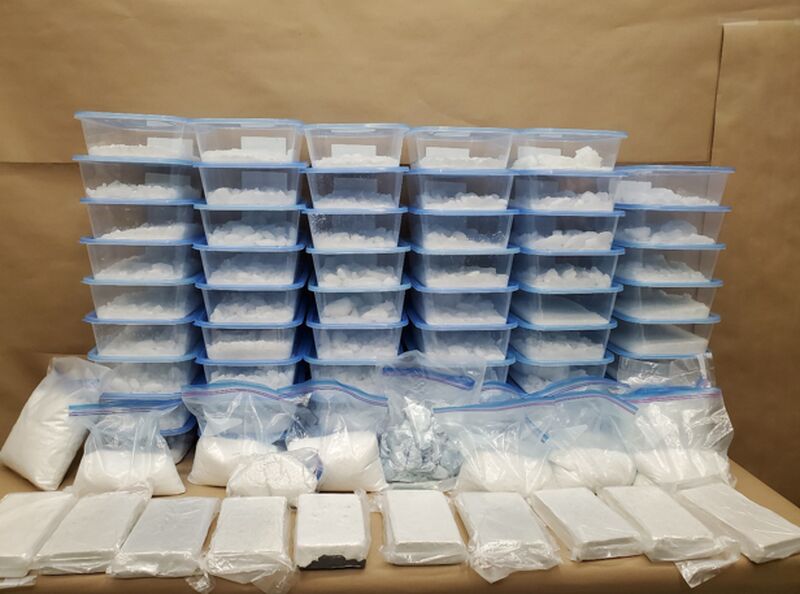 As part of the second investigation, officers from the Drug Squad’s Clandestine Lab Unit looked into an address in Mississauga.

Police allege that the address was being used as a fentanyl cutting lab and for the packaging and distribution of various drugs.

After executing a search warrant, police seized nine kilograms of cocaine, 33 kilograms of fentanyl, 21 kilograms of crystal methamphetamine, one kilogram of heroin, two firearms and two silencers, and 51 rounds of ammunition.

They also recovered $529,705 in Canadian currency, a money counter, a press they believe is used for the production of fentanyl into brick form, and packaging and mixing equipment.

Police say Abdalla Jadid is facing a total of 16 charges, including three counts of Possession for the Purpose of Trafficking a Schedule I Substance, one count of Possession of Proceeds of a Crime Over $5,000, and two counts of Unauthorized Possession of a Firearm.

“This substantial seizure and the arrests made is testament to the hard work and dedication of all our officers involved in these investigations,” said Inspector Tyrone Hilton.

“The Drug Squad actively targets those who profit while our communities suffer and
we are committed to removing drugs from our streets, disrupting criminal activity, and ultimately making our communities safer for everyone.”

Both suspects are scheduled to appear in court later this month.