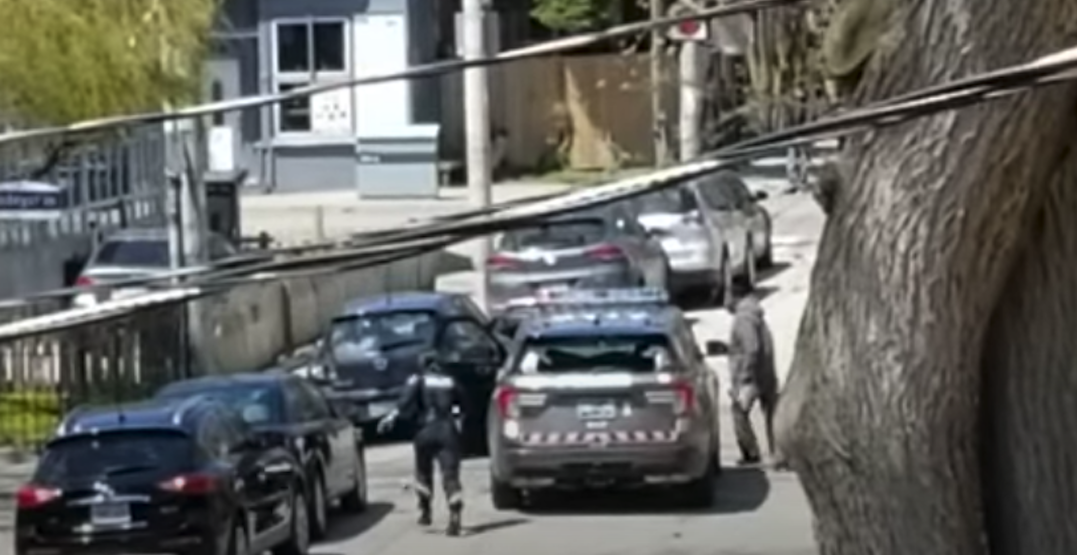 Toronto police at 51 Division are being applauded for their handling of a strange and violent situation that reportedly unfolded near Dundas and Sherbourne.

A video captured and shared online shows a lone police officer in confrontation with a suspect, who repeatedly throws a rock towards her and at the police car on scene.

The officer appears to attempt to use a taser on the suspect when he comes near her with the rock, while avoiding being hit by it despite multiple throws.

Further, the suspect uses the rock to smash the windows of the official vehicle.

Soon thereafter, further officers arrive on scene and the suspect is apprehended.

Police Chief Mark Saunders applauded the 51 Division officers who responded to the reported calls for service and safely arrested the aggressive suspect, “without further incident or injury to anyone.”

Each & everyday the members of the @TorontoPolice use their training & skills to de-escalate critical situations.I commend the officers at @TPS51Div who responded to calls for service & executed a safe arrest of an aggressive suspect without further incident or injury to anyone.

The officer showed composure, restraint and bravery confronting that man. I agree with you.
^dh

One individual “shouted out” the officer who had the rock thrown at her.

“I applaud her for not using her gun and opting to try to taser the man,” reads the tweet. “Hope she is doing alright.”