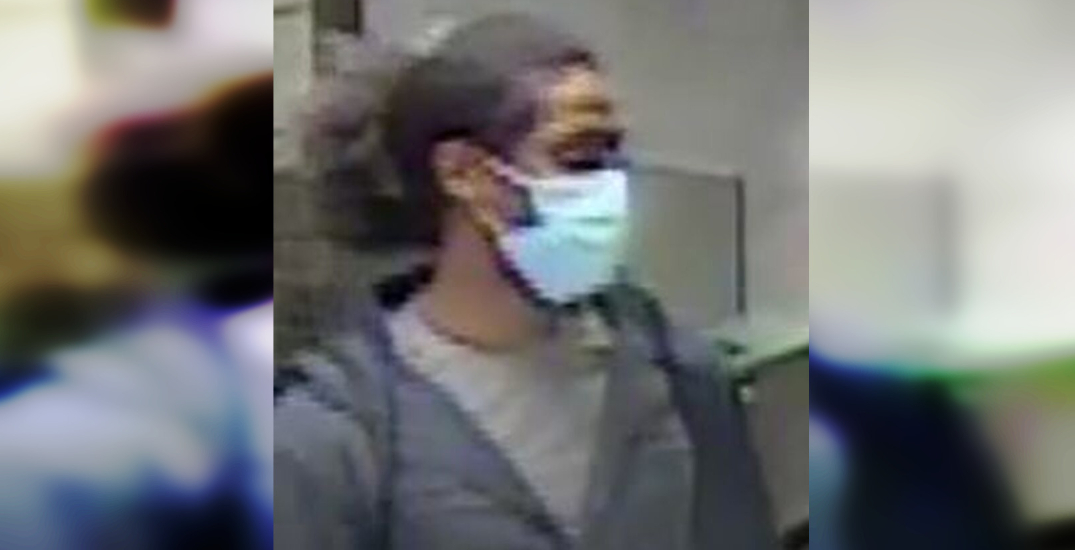 Toronto Police have released photos of a man wanted in an alleged sexual assault investigation that took place at a TTC station.

According to Toronto Police, at around 6:20 pm on November 9, a woman was on an escalator at Islington Subway Station, when an unknown man approached her from behind and allegedly sexually assaulted her.

The suspect then fled the subway station and was last seen going east, police say.

To help identify the alleged suspect, police released security images in the hope that someone recognizes him.

The suspect is described as being 25 to 30 years of age, between 5’7” and 5’9”, and having a dark complexion with frizzy hair that was tied in a bun.

He was wearing black shoes, tan-coloured pants, a grey T-shirt, a black zip-up hoodie, a black backpack, and a blue surgical mask.