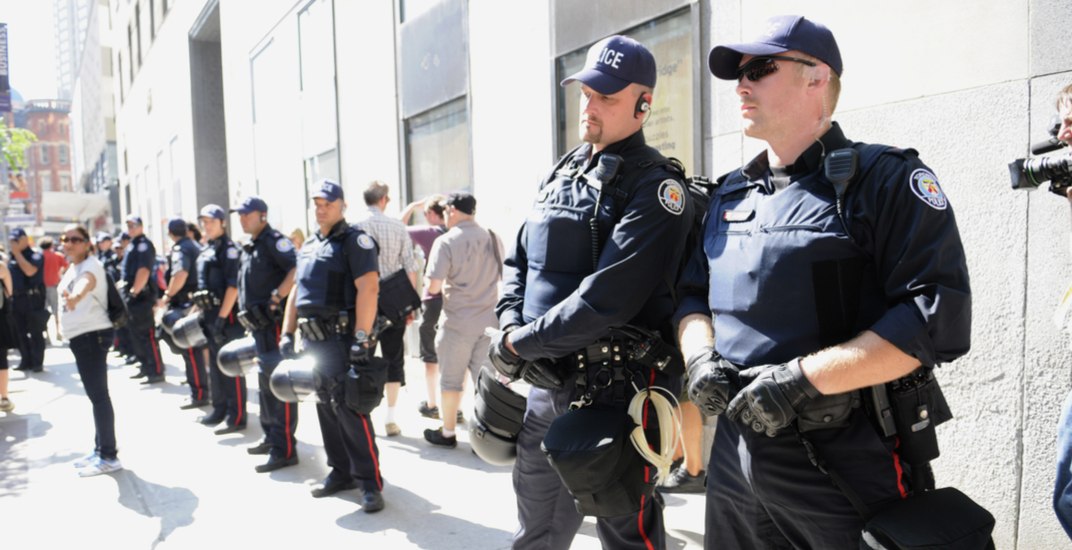 Wednesday, August 14, will be a busy day downtown Toronto, and police are going to have an increased presence accordingly.

According to Toronto Police, traffic restrictions and security enhancements will be in place for this Wednesday around Rogers Centre.

The Toronto Blue Jays will be playing against the Texas Rangers starting at 12:37 pm. That afternoon, the Jays will be hosting their annual Camp Day event with the expectation of numerous transportation buses attending the area.

“To ensure the safe flow of pedestrian and vehicular traffic, a number of additional road restrictions/closures will be in effect for Wednesday’s game. There will be pre-game restrictions on the roadways surrounding the Rogers Centre,” said Toronto police in a statement.

The restrictions around the Rogers Centre will commence at 11:00 am, and will also remain in effect until the conclusion of the game.

Gate 7: For those attending the Rogers Centre, Rees Street, northbound from Lake Shore Boulevard West will be used for accessibility vehicles and other mobility-accessible services. A staging area for those using accessibility services will be set up on Rees Street at Bremner Boulevard, for gate 7 access.

Gate 13: A similar area will be established on Blue Jays Way in front of the Marriott Hotel, for those entering through gate 13.

The condominium residents in the area, as well as the business owners, have been provided with security passes for their use, to allow them access during closures, in an effort to alleviate any disruption in their attending work or home, police say.

“The public may also notice other enhanced security measures in the surrounding area, including an increased police presence and/or the use of other public and private sector resources,” said Toronto police in its release.

“While there is no imminent threat at this time, security issues are closely monitored and changes will be implemented as required.”