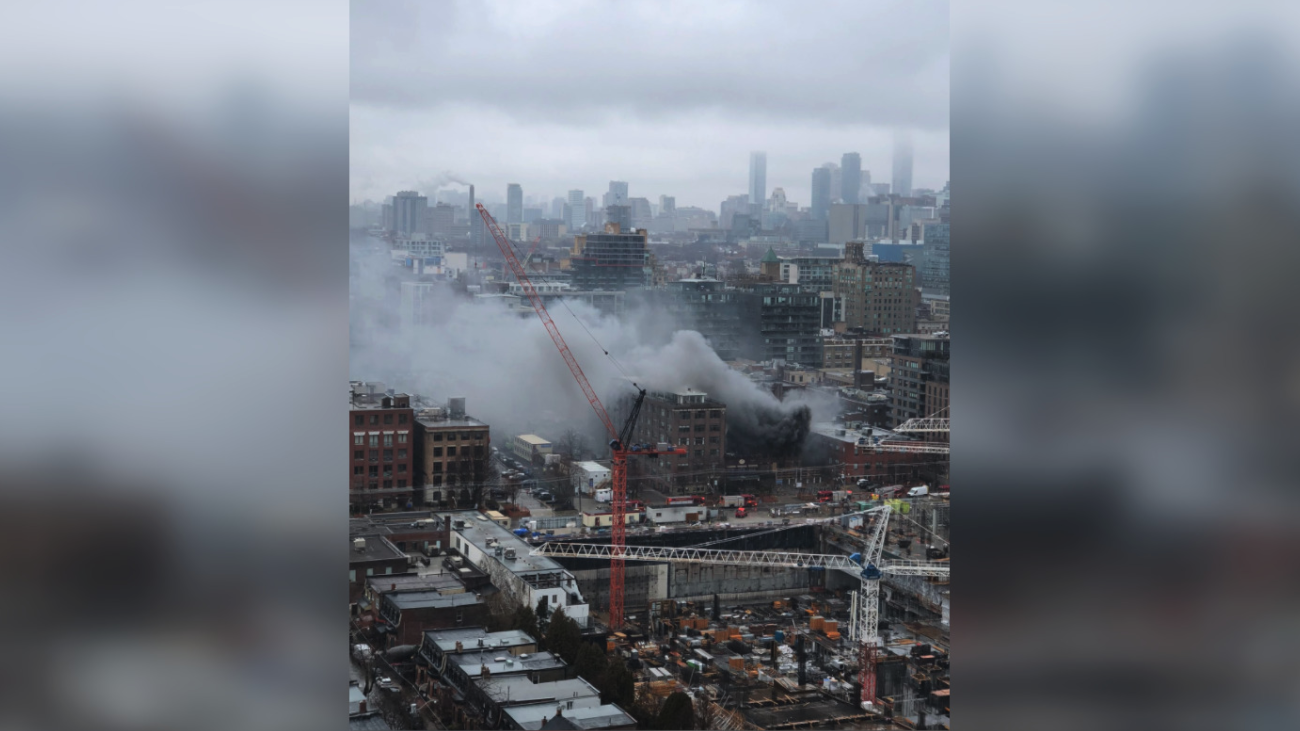 No injuries have been reported following a “small explosion” caused by a two-fire alarm downtown Toronto on Monday afternoon.

According to Toronto Police, the fire is located at an abandoned building near Wellington Street and Spadina Avenue.

Police say smoke was pouring from the roof.

Expect road closures in the area.