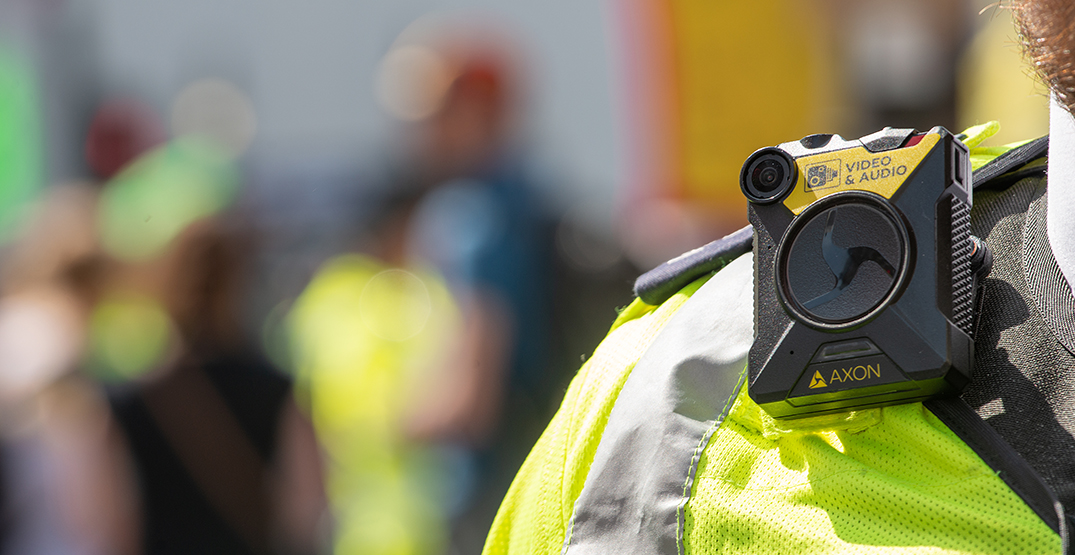 Toronto Police Service will be adding a new piece of equipment to their arsenal in the new year, in the form of body-worn cameras.

Police Chief Mark Saunders gave his end of the year press conference on Friday, where he outlined his department’s achievements and challenges over the past year, as well as plans for the future.

Among the litany of coming initiatives and self-congratulations for, among other things, catching serial killer Bruce McArthur; making hundreds of arrests for “gun, gang, and drug activity;” and a completing a gun buyback program, he dedicated a couple of sentences to the fact that the service would be equipping officers with “body-worn cameras” by the end of the coming year.

“I’m looking at, by the end of next year, body-worn cameras coming into play,” he said during the conference. “I think those are things that are all necessary if we’re going to get it right for building the trust and accountability.”

Also at the conference, Saunders reiterated that the service is looking for new hires to deal with an increase in calls to police, as well as the need to educate the public on what types of situations require a call to 9-1-1.

A large portion of his words to the public also focused on the need to build stronger relationships within the city’s communities to combat gun and gang violence.

“We have to develop stronger community relationships with all segments of our community if we’re going to get it right. We know and we’ve seen results whenever we work in partnership with the communities we have more sustainable solutions. The enforcement piece plays an important part.

Accountability has been an increasingly discussed topic for the TPS.

On Wednesday, police announced that starting in January, officers will collect race-based data “based on their own perception,” on all people subject to physical strip searches and use of force incidents. The new program is intended to “identify, monitor, and eliminate potential systemic racism within the service,” according to a press release.

A newly formed Community Advisory Group has been assembled to report on findings in the collected data and set benchmarks for police.