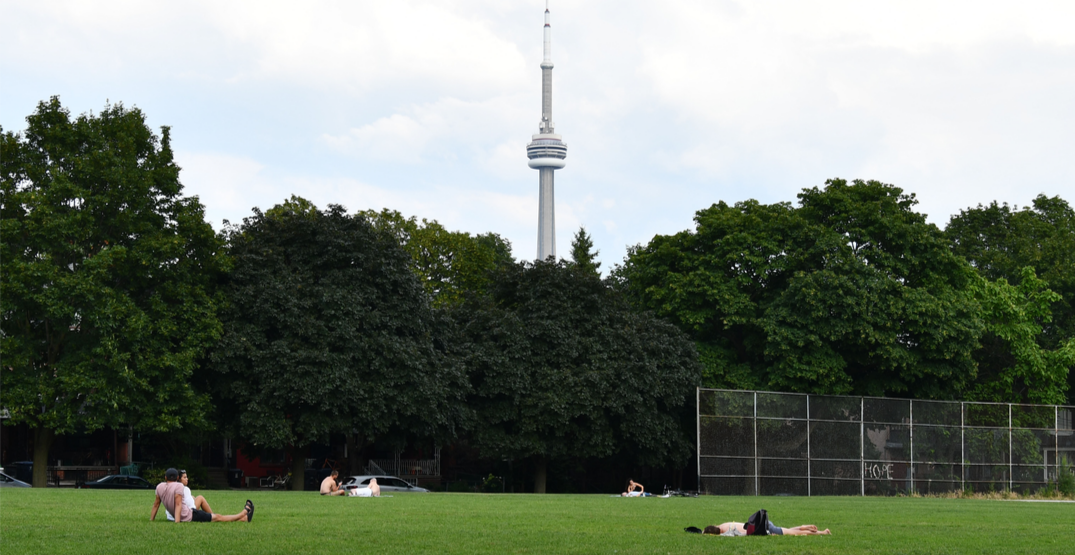 According to the city, any two people who don’t live together, who fail to keep two metres of distance between them in a park or public square, will now be subject to prosecution and will be liable for a fine of up to $5,000 upon conviction.

This emergency action is in effect immediately, and will last for at least the next 30 days.

The purpose of the bylaw is to “further drive home the message that people have to keep their distance from each other to avoid spreading COVID-19 in our city and to save lives.”

The mayor, along with the city’s Medical Officer of Health, Dr. Eileen de Villa, are asking Toronto residents to take the message of staying home, except when absolutely necessary, with the seriousness that the situation requires.

“This is but one more measure we are taking so that your City government can assure you we are doing everything we can to stop the spread of this deadly virus now,” said Tory in a statement.

Tory added that while the majority of Toronto residents “are doing the right thing,” there remain some people who ignore public health advice.

“We continue to see, especially as the weather gets better, people ignoring that advice and worse, flocking to our parks to use even closed playgrounds, closed parking lots, and gathering together with others to play sports in the parks. This will further the spread of COVID-19 in our city and cost lives. We will continue to do everything we can as a municipal government to lock the city down in order to save lives.”

As of this weekend, the public can expect to see increased enforcement of orders and laws designed to stop the spread of the coronavirus.

A COVID-19 Enforcement Team of 200 Municipal Bylaw Enforcement Officers, 10 Toronto Public Health Bylaw Officers, plus the resources of the Toronto Police Service will enforce the new physical distancing bylaw, provincial orders banning organized social gatherings of more than five people, bans on using closed playgrounds and other parks amenities, and the closure orders on non-essential businesses that remain open, according to the city.

“The enforcement team will be responding to complaints and proactively patrolling parks and other public spaces, all in an effort to ensure public understanding of the need to limit social interactions,” reads a release.

As for fines, those found violating a provincial order under the Emergency Measures Act can be fined in the range of $750 to $100,000, including up to one year in jail, for social gatherings exceeding five persons, using parks amenities which have been closed, opening non-essential businesses, and failing to identify oneself to a police officer or a provincial offences officer (bylaw officer) investigating a matter under the Emergency Measures and Civil Protection Act.

Toronto’s public health officials’ have repeatedly said, “to stop the community spread of this deadly virus, we must reduce all contact with others as much as possible.”

The city said that failure to adhere to this and the orders will result in more people dying from the virus.

The City of Toronto declared a state of emergency on March 23.

As of 12:30 pm on April 2, 897 cases of coronavirus have been reported to Toronto Public Health.