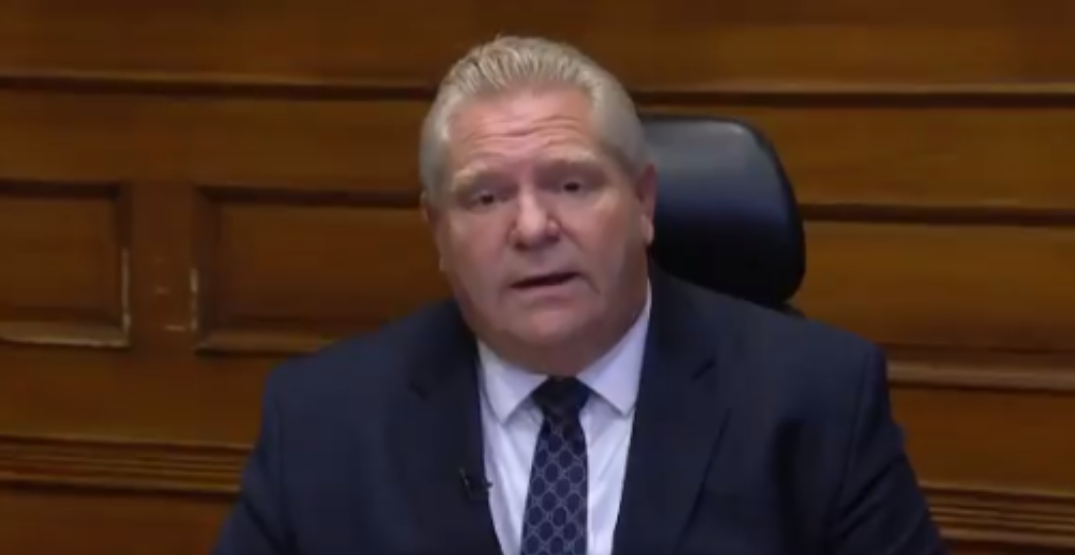 The Government of Ontario has announced that the lockdowns currently in place in the City of Toronto and Peel Region will continue after December 21.

Premier Doug Ford made the announcement on Friday afternoon, and said that additional details will be released on Monday. Over the weekend, the premier will hold an emergency meeting with the CEOs of all the province’s hospitals.

“As for the lockdowns in the areas that are locked down right now that are expiring on Monday, I can tell you they won’t be expiring,” Ford said. “We’re going to continue on with the lockdowns within those regions.”

CBC has been reported that Ford is considering placing all of southern Ontario into a two-week lockdown starting on December 26.

Although the Toronto and Peel, which have been virus hotspots throughout the pandemic, have been in lockdown since November 23, COVID-19 cases have skyrocketed in the province.

Lockdowns will continue in Toronto and Peel, Ontario Premier Doug Ford announces as he prepares to meet with hospital officials amid calls for more restrictions to slow spread of #COVID19. More info for rest of province will be announced Monday, says the premier. #onpoli #cdnpoli pic.twitter.com/mb9GjUHhkj

Ontario has been reporting over 2,000 new cases for four-straight days. Records for the highest daily case count have repeatedly been broken in the last several weeks.

According to health officials, the second lockdown in Toronto and Peel has not had “nearly as much impact on mobility (and likely contacts) as lockdown did in March. Relaxation of public health interventions with a widening prevention gap will likely lead to even higher case growth.”

On December 14, York and Windsor-Essex County were also placed in a 28-day lockdown.