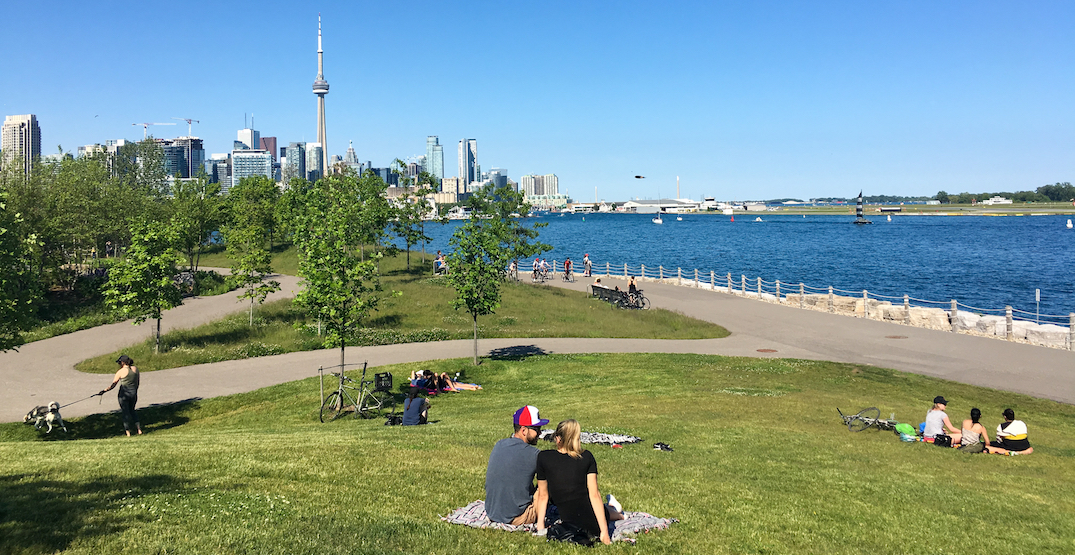 A new motion making its way through City Council could see Torontonians legally sipping wine at a Toronto park or beach.

The motion, brought forward by Councillor Josh Matlow, requests the approval of a city-wide pilot project that would allow the consumption of alcohol under 15% at the city’s parks and beaches that have bathroom facilities. The pilot project, if approved, would run from 11 am to 9 pm from May 21, 2021, to October 31, 2021.

In recent weeks, Matlow has made a push for allowing drinking alcohol in the city’s parks, saying that it provides a safer gathering option for many Toronto residents.

“Some residents will choose to enjoy a drink with loved ones in their backyards or on their balconies,” Matlow wrote in the motion. “However, what about Torontonians that can’t afford a drink in a bar or don’t have an outdoor space in their homes? These residents should not be left with unsafe options such as gathering indoors or, like many over the past year, choosing to drink illegally in parks.”

If passed, Toronto would join other major cities around the world, including Montreal, London, Paris, and Sydney in allowing residents to drink in parks. Last year, Vancouver approved drinking in nine of its parks and plans to add even more this year.

According to Matlow, allowing drinking in parks would free up resources spent ticketing the people who were drinking there anyway and it would allow enforcement to be focused on problem behaviours such as littering, excessive noise, and public urination. There is also the possibility that eliminating this ticketing opportunity will reduce disproportionate enforcement against people of colour.

“I personally know someone who was approached by by-law officers while drinking a beer with another person in a park,” Matlow wrote. “He was able to talk himself out of a ticket and was just given a warning. He then noticed two groups of people doing the exact same thing given tickets by the same officer. My friend is white and the people receiving tickets were Black.”

City Council’s Economic and Community Development Committee will be voting on the motion during their Tuesday meeting. If it passes, it will move on to City Council to be voted on again.