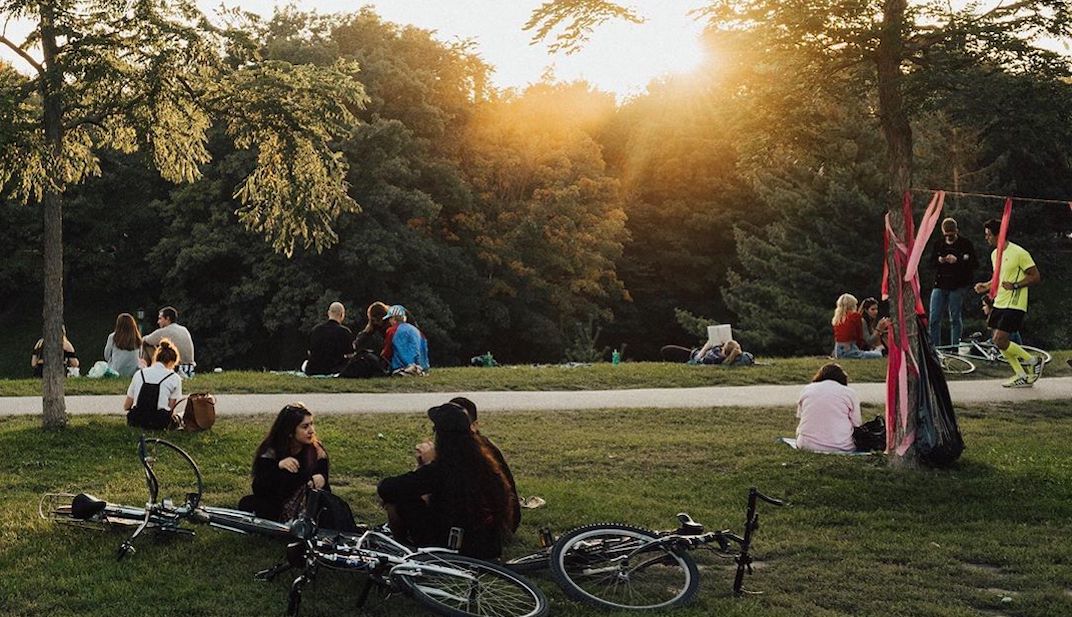 As we truly dive into summer, it’s safe to say that a majority of Torontonians will be heading to the local parks to soak up the sunshine — most likely with a cold drink (or two) in hand.

But the next time you head to Trinity Bellwoods, the Toronto Islands, or to one of the many other parks in the city, you may want to reconsider filling your backpack with a few tall boys, unless you’re okay with shelling out a couple of hundred bucks if you get caught.

According to the Toronto Municipal Code, while in any park, you should not have an open container of any liquor, unless in a designated area that’s “authorized by permit and with the approval of the Alcohol and Gaming Commission of Ontario.”

And while swigging a beer or popping the cork on a bottle of wine in public parks often gets the blind eye, you can get fined, and it’s not necessarily cheap. The act can cost you up to $300, which is quite the price to pay for a drink.

“Fines range from $100 to $300 for offences such as letting your dog off leash (except in off-leash areas) and drinking, selling, or serving alcohol in a park without a permit,” reads the city’s website.

But if you’re really in the mood to drink outside, Toronto’s home to plenty of patios, which are almost as fun as the local parks.