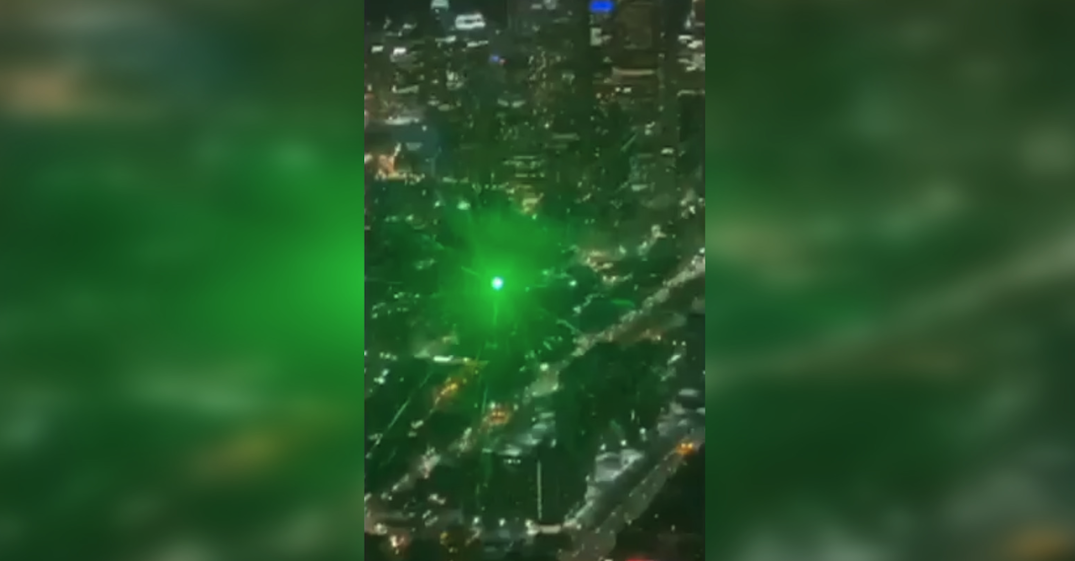 A pilot and a paramedic sustained eye injuries after being targeted by a green laser while in a helicopter returning from The Hospital for Sick Children in Toronto.

According to Ornge, on February 15 at around 8:50 pm, one of their aircrafts was struck by a green laser in the area of Richmond and Sherbourne Street downtown Toronto.

Their helicopter was en route back to its base at Billy Bishop Airport when it was struck.

“The aircraft returned to base without further incident. A report was filed with Toronto Police for investigation as well as a Directed Bright Light Illumination Report with Transport Canada,” said Ornge.

“As a result of the strike, an Ornge pilot and paramedic sustained an eye injury and required evaluation from a physician at a local Toronto hospital.”

A video of the strike was captured by the flight crew, which was shared by Ornge.

According to the aircraft transportation company, pointing lasers can distract pilots, cause temporary or permanent blindness, create glares in the cockpit affecting pilot’s vision, and can also cause further injury to patients.

As well, under the Aeronautics Act, if an individual is convicted of pointing a laser at an aircraft, they could face up to $100,000 in fines, face 5 years in jail, or both.

“Ornge encourages anyone who witnessed this incident to contact Toronto Police and Transport Canada. Anyone witnessing lasers being pointed towards aircraft can contact their local police or Transport Canada,” the company stated on their website.