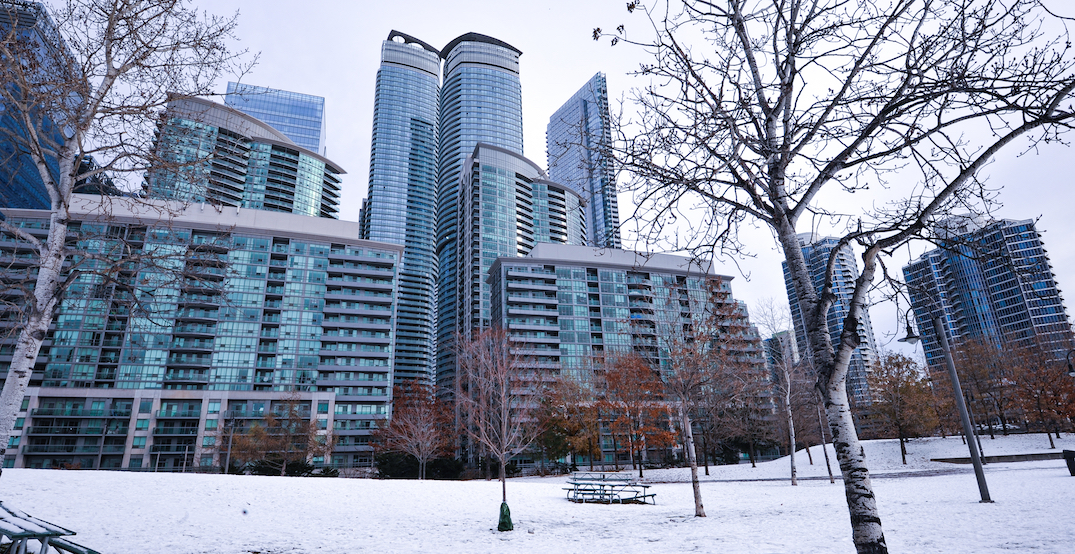 According to a recent report by PadMapper, Toronto rent for one-bedroom apartments decreased by 20.4% year-over-year and 3.7% from January 2021 to December 2020.

Two-bedroom rent decreased by 16.3% year-over-year, with a 2.4% drop from the previous month. 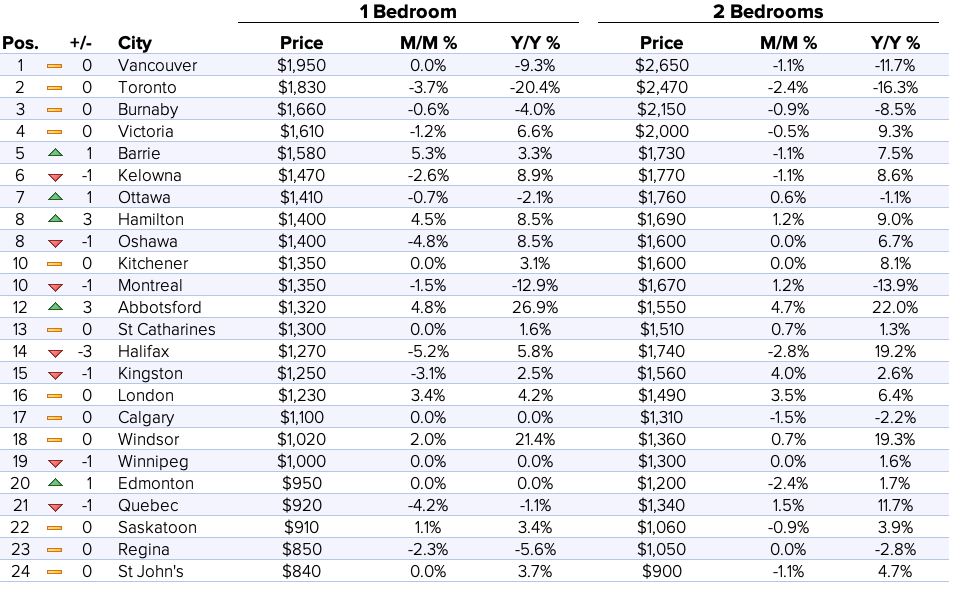 For the second month in a row, Vancouver has eclipsed Toronto as the most expensive city for rent. There is now a price gap between the two cities of over $100, with a one-bedroom in Vancouver being $1,950, and a two-bedroom being $2,650. 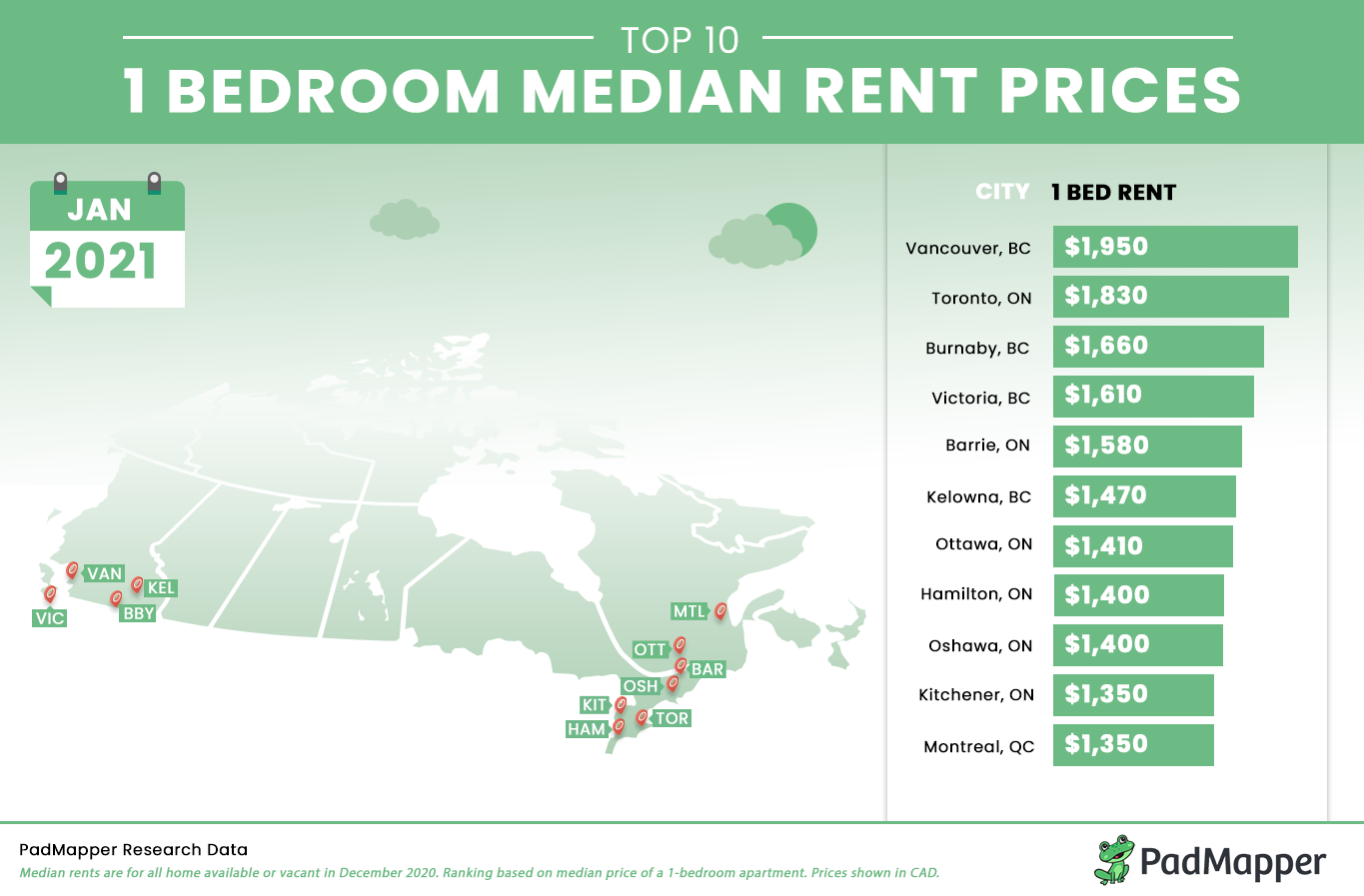 “The winter months tend to be the slow moving season of the year, as not many renters are moving during the holidays, and that trend is reflected in how the markets performed in this report, with nearly half of the cities experiencing falling rents,” the report said.