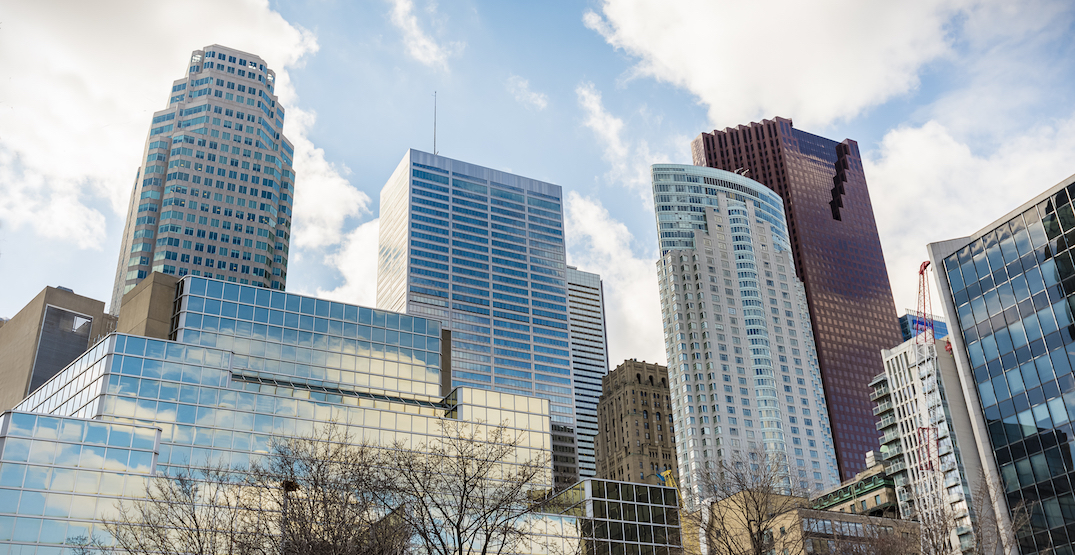 After months of Toronto office tenants giving up their workspaces, pushing the city’s office vacancy rates to a new high, industry experts are starting to see a hopeful glimmer of renewed interest in office space.

A new report from CBRE found that office vacancy rates in Toronto during the first quarter of 2021 rose by 1.5% from just last quarter, bringing the overall vacancy rate up to 12.4%.

Perhaps surprising to some, it wasn’t downtown Toronto that saw the highest vacancies, but rather the suburban parts of the city. There, vacancy rates reached 16.2% during Q1. On the other hand, downtown has a vacancy rate of 9.1%, which is an almost 2% increase from the end of 2020.

As the vacancy rates went up downtown, rent prices went down, with office rental rates falling $1.06 per sq ft to a new average of $34.88.

Simultaneous with the drops this year, has come an increased interest in businesses wanting to tour new office space to rent, which, according to CBRE’s Toronto Downtown Managing Director Jon Ramscar, means office rentals are on the rebound.

“In fact, in March, Toronto saw the most office space tours since the onset of the pandemic, with demand highest among tech companies and law firms,” Ramscar said. “Canadian office markets are beginning to stabilize with some early indications of a shift in sentiment in some sectors.”

Industrial real estate, on the other hand, is going full steam ahead. Availability rates fell from 2% to 1.6%, and average rent prices increased by $0.20 to $10.45.

These trends haven’t only been seen in Toronto — they’re also Canada-wide. The country’s overall vacancy rate increased 1.2% this quarter to 14.6%, and rental prices fell to $20.66 per sq ft.

The industrial sector also saw growth across the country, with availability rates going down by 0.4% overall and rent per sq ft increasing by $0.11.

With work-from-home remaining popular, it will be interesting to see just how many offices come back full-scale once a post-pandemic world is reached.