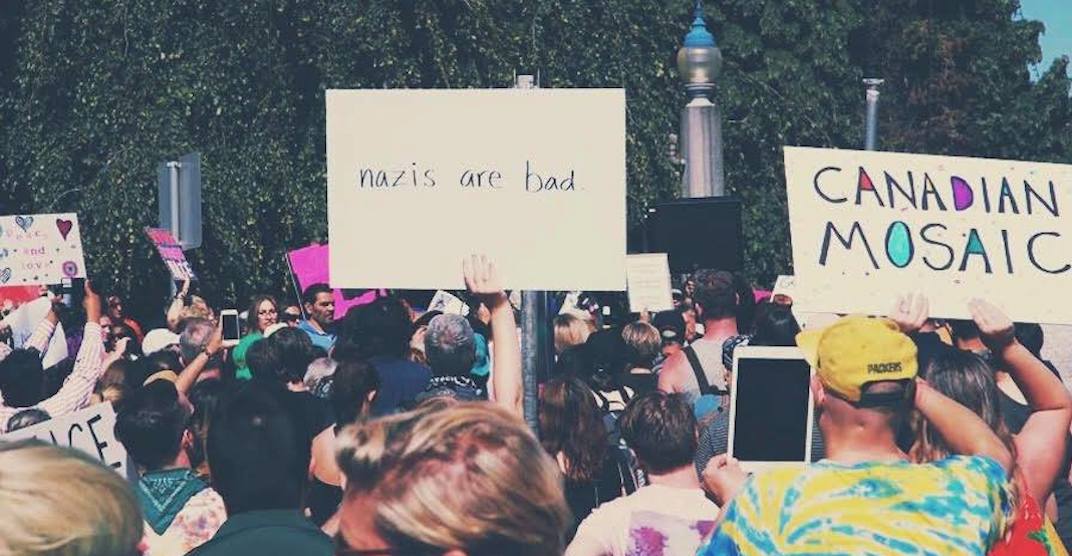 Anti-hate groups are coming together this weekend in Toronto to protest against members of several far-right, nationalist and anti-immigration groups.

On Saturday, August 11, on the anniversary of the ‘Unite the Right’ march in Charlottesville, VA, Calgary-based Worldwide Coalition Against Islam (WCAI) is holding a rally at Nathan Phillips Square to “take action and take Toronto back WCAI style with no mercy, no retreat and no surrender.”

According to the Canadian Anti-Hate Network, which closely monitors and exposes racist groups, WCAI rally organizers are hoping for 200 people to attend, including “the most physically aggressive far-right groups, like the Soldiers of Odin, Proud Boys, and the Northern Guard.”

WCAI announced their rally plans in Toronto on Facebook earlier this month, stating “Saturday August 11 is the day we take our country back.”

“After seeing how the terrorists took over Nathan Phillips Square and did an evil call to prayer we decided to take action and take Toronto back WCAI style with no mercy, no retreat and no surrender,” reads a Facebook event post by the group.

“This will be the first ever WCAI rally in Ontario and we want to make an impact. All other patriot groups are welcome to stand with us.”

The Canadian Anti-Hate Network says counter-demonstrators will be at the square at 1 pm and welcomes anti-fascist and anti-racist groups, labour, Jewish community groups, and faith groups to “stand up” to WCAI.

“The Worldwide Coalition Against Islam is holding a Toronto rally. They call Muslims sewage. The VP calls for Muslims to be exterminated & shares antisemitic/neo-Nazi ideology on Facebook. Stand up to them,” reads a Facebook post from the anti-hate organization.

“In Toronto, counter-demonstrators usually match or outnumber far-right rallies. When the Worldwide Coalition Against Islam tried to host a rally in Vancouver, they were overwhelmed by 5000 peaceful anti-racist demonstrators. They haven’t been back since,” reads a post from the group.

A year ago in Vancouver, an anti-Muslim, anti-immigration rally staged by the WCAI and the Cultural Action Party was overwhelmed by some 5,000, peaceful counter-protesters.

As Saturday draws closer, City Councilors have voiced their concern over the duelling rallies, with Kristyn Wong-Tam addressing there has been no permit issued to WCAI, nor would one be.

“No permit has been issued for this hateful rally and none will be. Nazis and bigots have no place in Toronto and Canada,” reads a tweet from Wong-Tam.

My statement on the Anti-Islam Event at @npstoronto on Aug 11. No permit has been issued for this hateful rally and none will be. Nazis and bigots have no place in Toronto and Canada.

Let’s come together to show strength + solidarity with those targeted. https://t.co/LZ0kwtr7fd

Saturday’s rally coincides with the first anniversary of the ‘Unite the Right’ event in Charlottesville, VA, which saw neo-Nazis, the KKK and other far-right hate groups rampaged city streets, killing young anti-racist activist Heather Heyer and injuring many others.