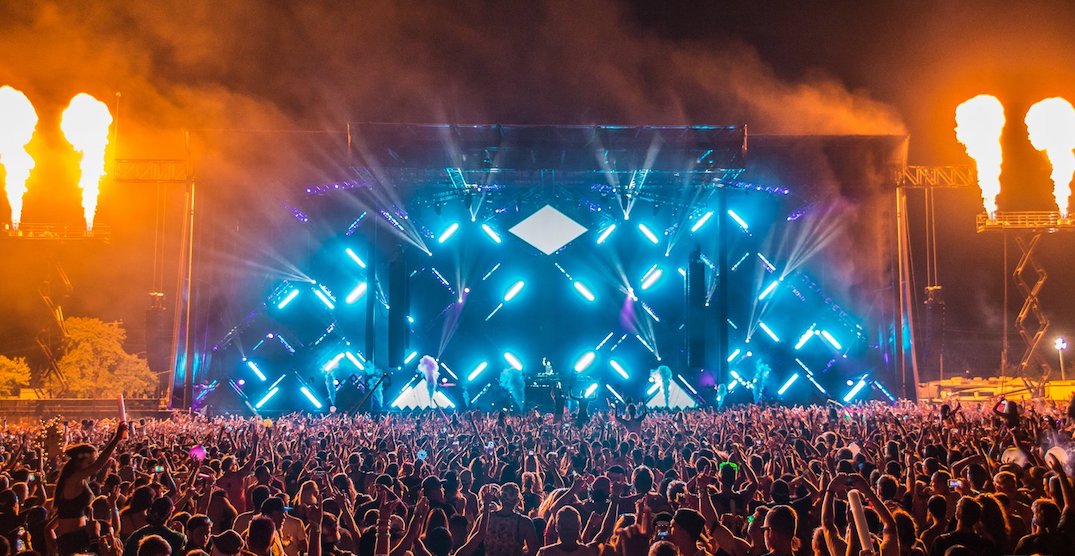 There’s nothing quite like an al fresco concert to signal that summer is well and truly here. From EDM day gigs on the island to full weekend country camping extravaganzas in (and just outside) the GTA, you’re sure to find a festival that ticks all the right boxes.

While festivals like WayHome may be on hold for 2018, there are still plenty of great outdoor music events happening all over the city this summer.

Here are our top picks:

This year, NXNE will be closing down Yonge Street for three days of free fun (June 15-17) including music, stand up comedy (programmed by the people at Comedy Bar), a gaming station, and a beer garden in Yonge-Dundas Square. Wristbands can also be purchased for the Club Land Curator Series, with over 30 shows throughout the festival week.

The largest free African music festival in North America is back for its 30th year of promoting diverse music and culture to the people of Toronto. Expect dance, poetry, theatre, and a world record-breaking Djembe drum ensemble at this free two-day event.

The two-day electronic music festival returns to Downsview Park for its seventh year. The event will see over 30 international hip-hop and dance music acts descend for the long weekend, perhaps most recognizably, the man in the big white helmet – Marshmello.

This mini-festival will see the Cincinnati band bring their brand of sad-rock to Fort York for the Civic Day long weekend along with a handful of support acts.

Ok, so it’s not in the city… but WayHome might not be returning to Burl’s Creek this summer, but Canada’s largest country music festival will be back for another year this August. Don your boots and cowboy hats for a three-day event featuring some of the best names in the country music game. Camping and single-day passes available.

DJ-heavy festival Electric Island is back for another concert and picnic series. The festival, unique to Toronto and its eponymous Island, runs for five sessions across the summer. The next one will be taking place on Canada Day with some big hitters spinning on Sunday.

Determined not to let last year’s washout get them down, Wavelength Festival is returning to mainland Toronto for a second year with a stellar lineup for 2018.

This 10-day festival has been scatting with the best of them since 1987 when it started as an eight-day showcase of jazz. The festival now attracts over 500,000 plus patrons and sees over 1,500 musicians performing on stages across the city.