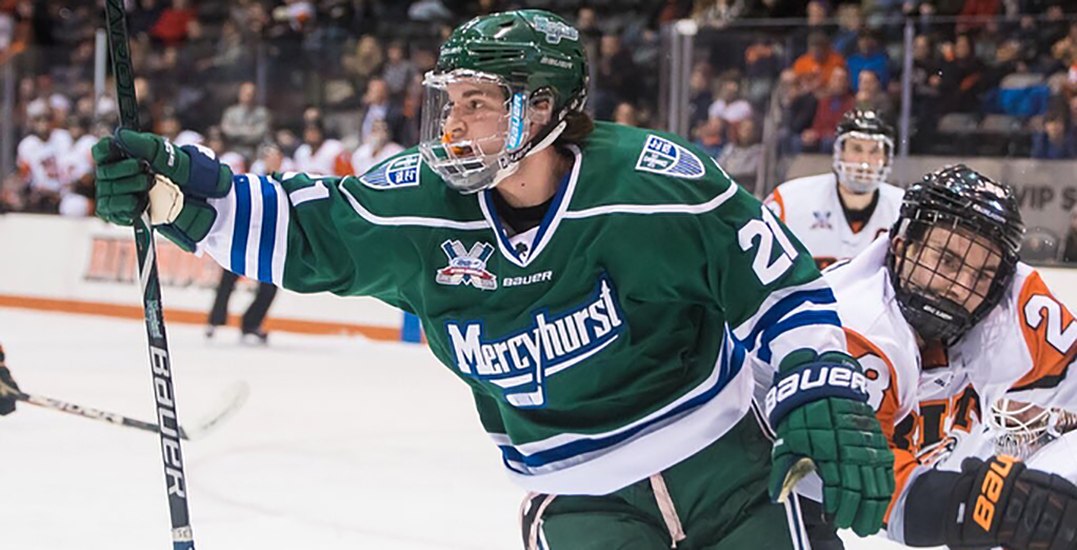 The Toronto Maple Leafs have signed a college free agent.

Joseph Duszak, a junior defenceman at Mercyhurst University, has been signed to a two-year future entry-level contract.

In addition to being currently ranked second in the nation with 1.27 points per game as a defenceman, he’s also been nominated for the Hobey Baker Award – one of the most prestigious awards in college hockey.

“I didn’t expect anything,” he told reporters during a media scrum. “Once it happened, it was kind of crazy getting everything sorted out.”

At the college level, Duszak stood out as a puck-moving defenceman who wasn’t afraid to jump into the rush or use his shot.

Just a few highlights from Joe’s 2018-2019 season with the Lakers!#ProLakers #MapleLeafs pic.twitter.com/wmWPQrN53X

He’ll be looking to bring his offensive prowess to the Toronto Marlies, the Leafs’ AHL affiliate — he reports to them later this week on a tryout basis.