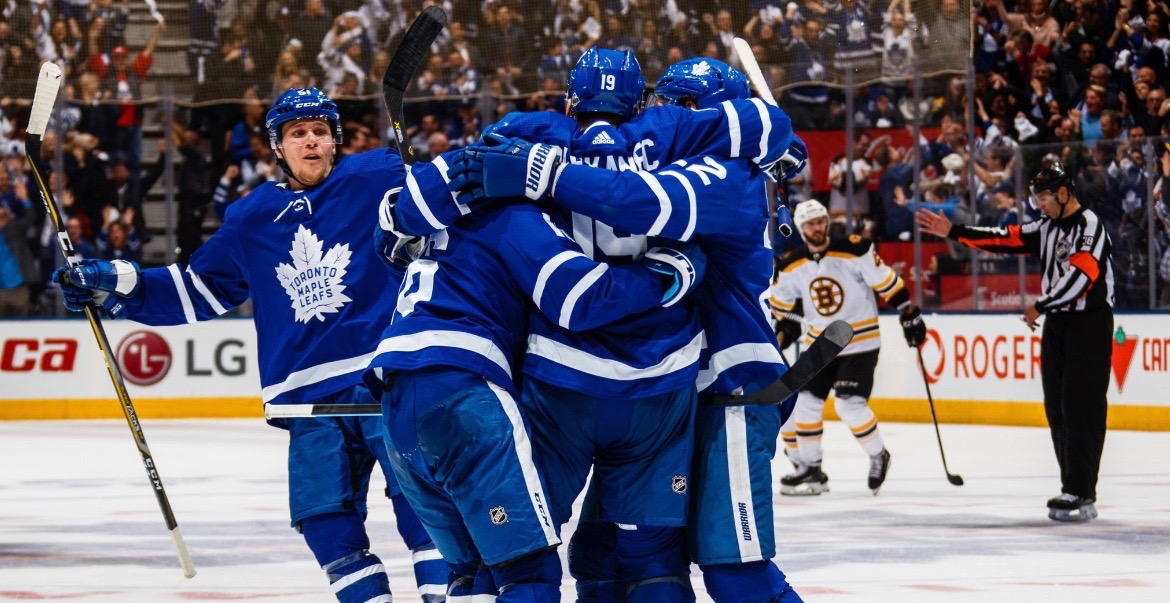 The Toronto Maple Leafs sure didn’t make things easy for themselves dropping three of their first four games in their first-round series against the Boston Bruins, but they’re on even footing right now.

After winning in Boston by a score of 4-3 on Saturday in Game 5, the Leafs came back with a statement performance, downing the Bruins 3-1 on home ice on Monday to force a winner-take-all Game 7 back in Boston on Wednesday night.

Following a scoreless first period, it was Boston’s Jake DeBrusk who broke the deadlock, beating Leafs goalie Frederik Andersen quickly off an offensive zone faceoff just over a minute into the second period.

But that lead would last just 35 seconds, as William Nylander finally broke through with his first goal of the playoffs to tie things up at one.

Zach Hyman would appear to give the Leafs a 2-1 lead, but the goal was ultimately overturned after a review determined he’d interfered with Boston goaltender Tuukka Rask prior to putting the puck in the net.

But it was another young Leaf in Mitch Marner who put the Leafs ahead for good, capitalizing on a backhanded opportunity with 6:35 left in the second period to give Toronto a 2-1 lead.

The most nerve-wracking penalty came late in the third period, when Marner deflected a clearing attempt out of the Leafs zone overtop of the boards, resulting in a delay of game infraction.

After the Leafs were called for six penalties in Game 5, they managed to earn three power plays to Boston’s two during Game 6. Neither team was able to capitalize on their man advantages, however.

Trade-deadline acquisition Tomas Plekanec put the icing on the cake, sealing things with an empty-netter with just over a minute left in the third period. Marner added an assist on the play, giving him eight points in his six playoff games this season.

Maple Leaf Square, located adjacent to the Air Canada Centre, was rocking as usual with the victory.

Watching the game tonight from Maple Leaf Square with a couple thousand fellow fans is one of the best moments I’ve ever experienced as a fan( Centennial Classic is number one in case you were wondering)💙🍁💙 #TMLtalk pic.twitter.com/6nJSRzBSKZ

Much of the postgame credit went to Andersen, who’s now made 74 saves on 78 shots over the past two games to pick up his third wins of the playoffs.

But for head coach Mike Babcock, he was focused on a certain Boston favourite meal of his that he’ll get one more opportunity to enjoy.

Mike Babcock: "Now we got to go to Boston, get the clam chowder like I talked about & then dig in & win a game."#TMLTalk 🥣