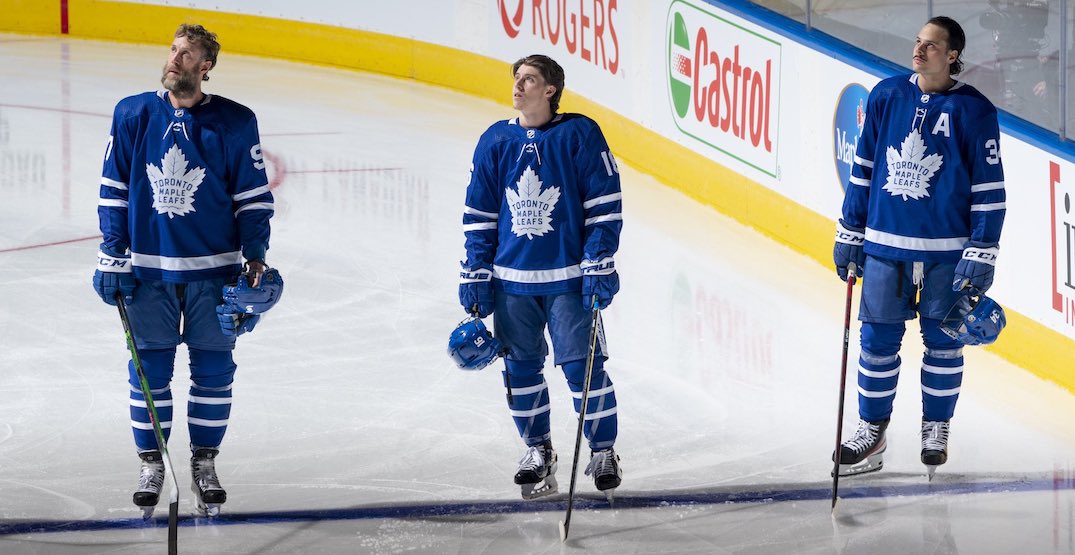 Get ready to see more of the Toronto Maple Leafs.

Amazon Prime Video and NHL Productions have announced that the Leafs will be the focus of a new docuseries entitled “All or Nothing: Toronto Maple Leafs.”

The @MapleLeafs will be featured on an Amazon Prime Video docuseries "All or Nothing: Toronto Maple Leafs," https://t.co/fLPwWb2jFB

The docuseries plans to give fans an up-close look at everything surrounding players, coaches, and team personnel of the Maple Leafs as they play in the North Division this season.

James Farrell, Vice President of Local Originals at Amazon Studios, said in a media release that this series will offer an excellent opportunity for fans to take a look behind the curtain.

“As part of our continued investment in Canada, this new Canadian Original series will offer behind-the-scenes access and rarely seen point of views of the Toronto Maple Leafs, one of the most storied hockey franchises – and my personal favourite team – during a season unlike any in NHL history,” said Farrell.

“What an amazing honour that Amazon has chosen the NHL and one of our most storied teams in hockey history, the Toronto Maple Leafs, to follow. With the unwavering support of the Leafs players, coaches and front office, we will give fans around the world unprecedented access to an entire NHL team’s season for the first time ever,” said Mayer.

Leafs President and Alternate Governor Brendan Shanahan also weighed in on the announcement.

“We’re thankful to Prime Video that they’ve chosen to showcase our great sport of hockey as we play in the first all-Canadian division in NHL history. Despite not having fans in the arenas, Canada’s passion for the game of hockey will be on display and we’re honoured to work with Amazon and the NHL to bring fans that much closer to our game and team,” said Shanahan.

The series will be available to watch on Amazon Prime Video later this year.