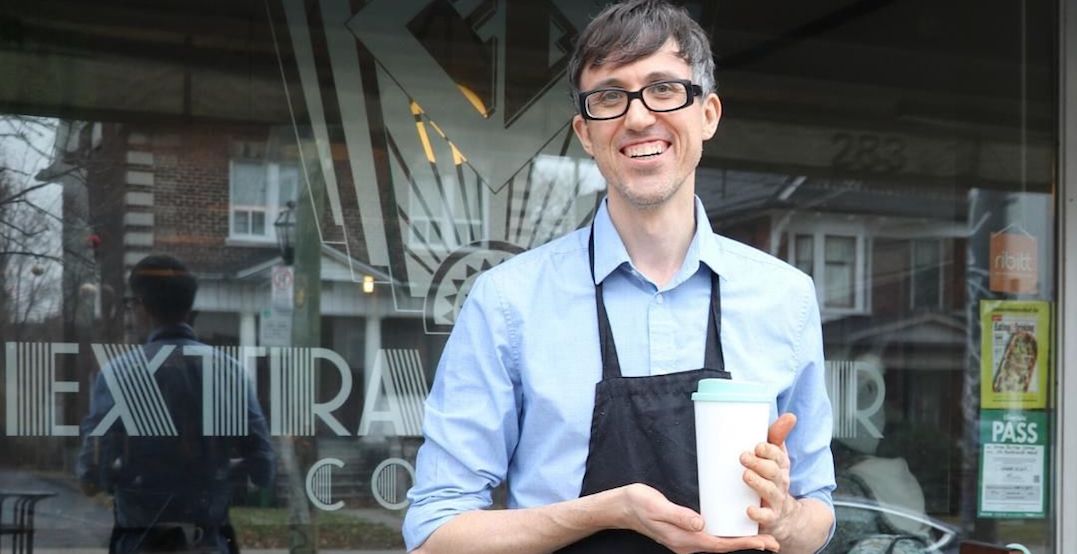 New Year’s Resolution are the name, and sustainability is the game.

It’s the time of year when everyone is looking at ways to be a little bit better, and one new Toronto-based program is offering an easy way to do just that.

The program is currently in pilot-mode in four Toronto neighbourhoods: Baby Point, Junction Triangle, The Junction, and Roncesvalles. How it works is three straightforward Rs — but not the ones you’ve grown used to.

All you need to do is Request, Return, and Repeat.

First, ask for a Reego cup when you order your drink. You’ll put down a $5 deposit, which will get you a cup and lid.

Once you’ve finished your drink, you can return or swap your cup and lid at any of the pilot’s participating businesses.

Finally, the next time you order, you can do it all again. Locations that are part of the program will collect, wash, sanitize, and reuse your cup and lid.

According to the Reego’s website, if just 1% of Toronto’s takeout coffees were served in reusable cups instead of single-use disposables, over seven million disposable cups and lids would be spared from landfills and oceans.

Here’s where you’ll be able to test out the new initiative: