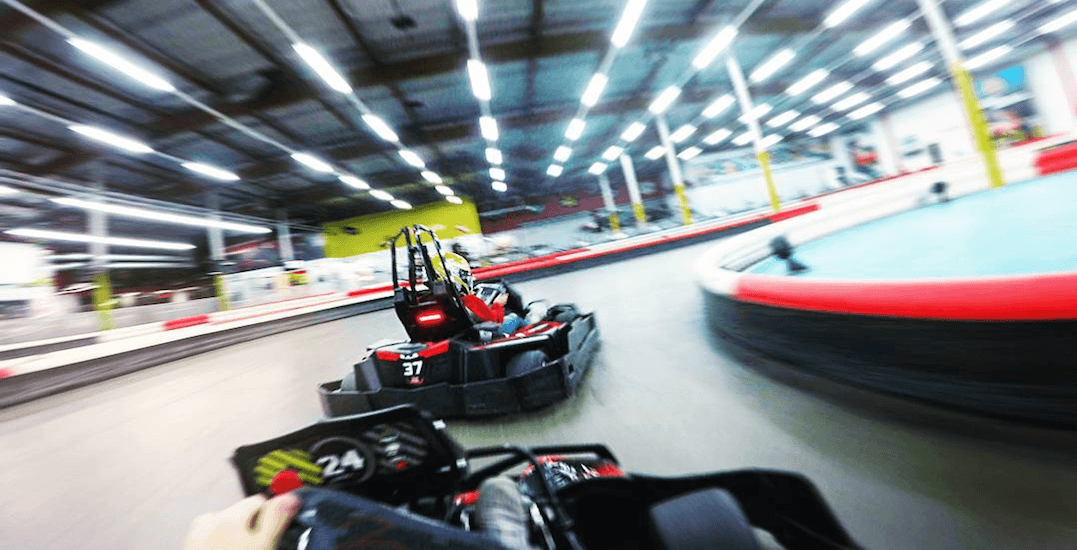 Over the last few months, the city has been buzzing about the Mario Kart-inspired track coming to Niagara next spring.

But it turns out Torontonians aren’t going to have to drive all the way to Niagara to be able to race like Mario Kart, as a new go kart track is set to open up in the city later this year.

But that’s not all, the company opening the racing facility is none other than internationally known K1 Speed, which currently has 39 locations across the US, making this the brand’s first move into the Canadian market.

According to the company’s website, the Toronto location is set to open fall 2017, and according to a recently added Indeed job posting, doors will be opening soon.

K1 Speed is North America’s innovator and leader in indoor electric go karting, and offers visitors highly-advanced and environmentally-friendly electric go karts in an indoor setting. In fact, they claim to have the fasted karts in the industry, as per their FAQ page:

Each has a 20 horse power (hp) electric motor that reaches speeds up to 45 miles per hour (mph), Junior karts reach speeds of up to 20 miles per hour.

So if you’re looking for an adrenaline-pumping and unforgettable experience, you’re going to want to head to K1 Speed Canada.

While the official opening date has yet to be announced, we recommend watching the video below to get a taste of what you can expect.