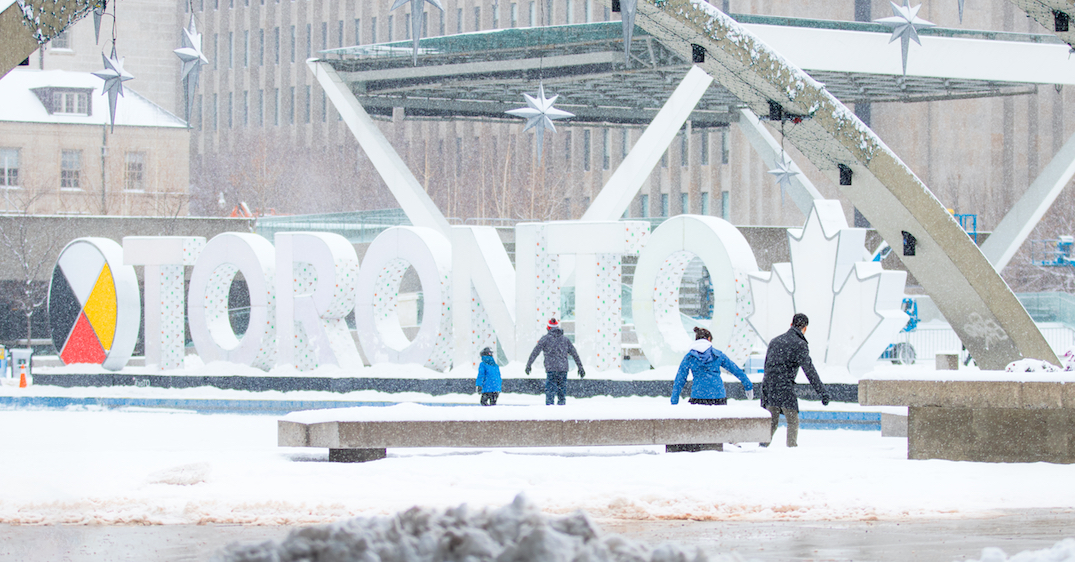 Mayor John Tory said that over 50 ice rinks in Toronto will be open on Saturday, weather permitting, but only with a 25-person limit.

On Wednesday, Tory said that the city’s WelcomeTO Winter plan is expanding outdoor space for residents during the second COVID-19 wave.

The mayor noted that 23 toboggan hills will be ready to use as well as eight new snow loops for walking and snowshoeing at the city’s five golf courses with 1- to 2.5-kilometre loops.

There will be 54 outdoor ice rinks open as early as this weekend with 25 participants allowed at a time. There will also be 13 rinks with extended times this season so that they can be open for 16 weeks.

People can make reservations for the rinks here.

Tory also announced that 60 kilometres of paved recreational trails and pathways will be maintained on top of the work already done at the 100 high-use parks. The City will be expanding and maintaining 60 of these parks.

It was also noted that 57 tennis courts will remain open during the winter and six golf locations will open on November 28.

There will be 800 playgrounds remaining open, with 70 table tennis, 60 chess boards, and over 60 dog leash parks.

Toronto is currently in another lockdown, which is the highest level in the government’s COVID-19 response framework and brings new public health measures to the regions.

Some of the new restrictions include reducing retail stores to only offer curbside pick-up or delivery, and restaurants can only be open for pick-up, drive-thru, and delivery. No indoor gatherings will be allowed except with members of the same household, and outdoor gatherings are limited to 10 people.