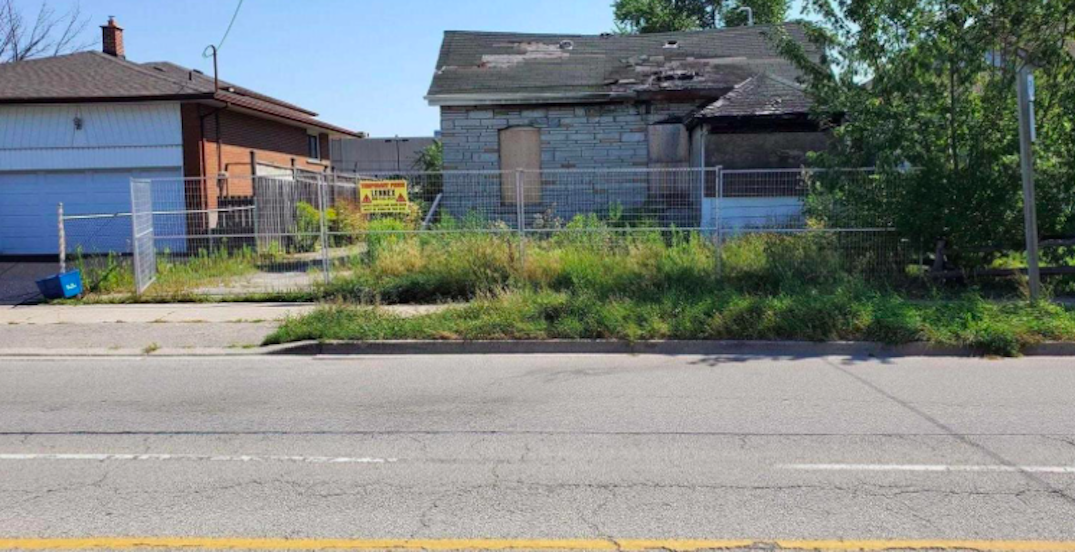 A Toronto home that caught fire and has been deemed “unsafe” to enter is officially on the market for just shy of $1 million.

The price point comes from the value of the plot of land, which can have “many” permitted uses due to employment zoning.

While in a residential neighbourhood, it can be used for residential or commercial purposes.

The residential listing was terminated on New Year’s Day; however, it is still listed as a commercial property until February 28 — meaning the listing will expire if it doesn’t sell by then.

“In its current state, it seems to be listed for the value of the land. Given that it does have E Zoning (Employment Industrial Zoning), there are a lot of options with respect to what can be built on the land. However, it’s important for any prospective buyer to conduct thorough due diligence on the property itself and on pricing prior to purchasing, particularly given the property’s sale history,” Anthony Tomasone, sales representative at Zoocasa, told Daily Hive in a statement.

Tomasone added that given its location on the street, it’s likely that a buyer would be an investor looking for a specific type of “small, commercial space, and likely one that doesn’t need to be customer-facing.”

“Although the lot size is more appropriate for a residential property, it’s unlikely to be appealing to a custom home builder, given the presence of several other commercial properties on the same street.”