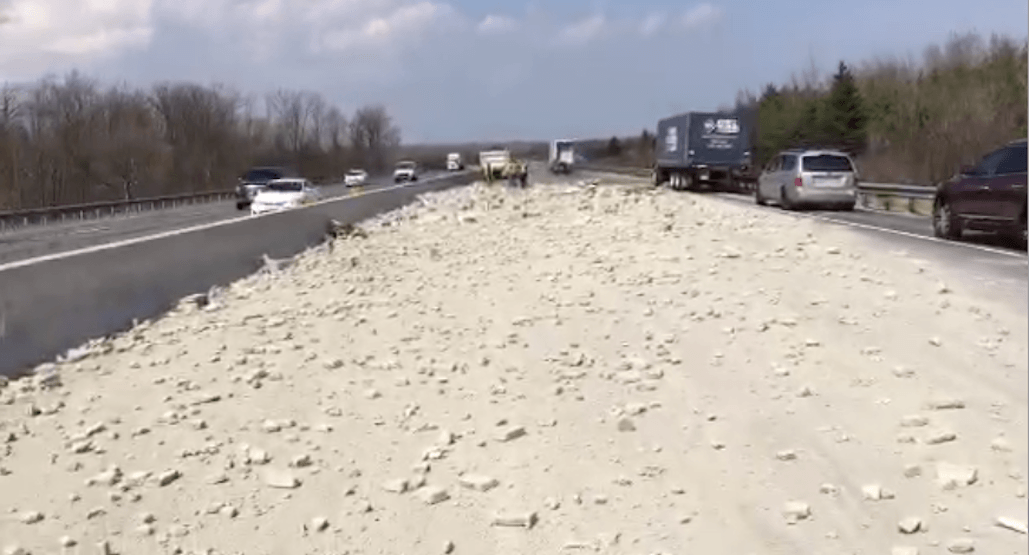 Clean up continues on the 400 after a truck hauling concrete lost control and spilled its load across four lanes.

According to Sgt Kerry Schmidt, only the right shoulder had traffic going through on the 400 between highway 88 and 89.

No one was injured, and the lanes remain closed at this time.

Collision #Hwy400 NB at 88 closed – Could be a few hours pic.twitter.com/avLNdhlWMd