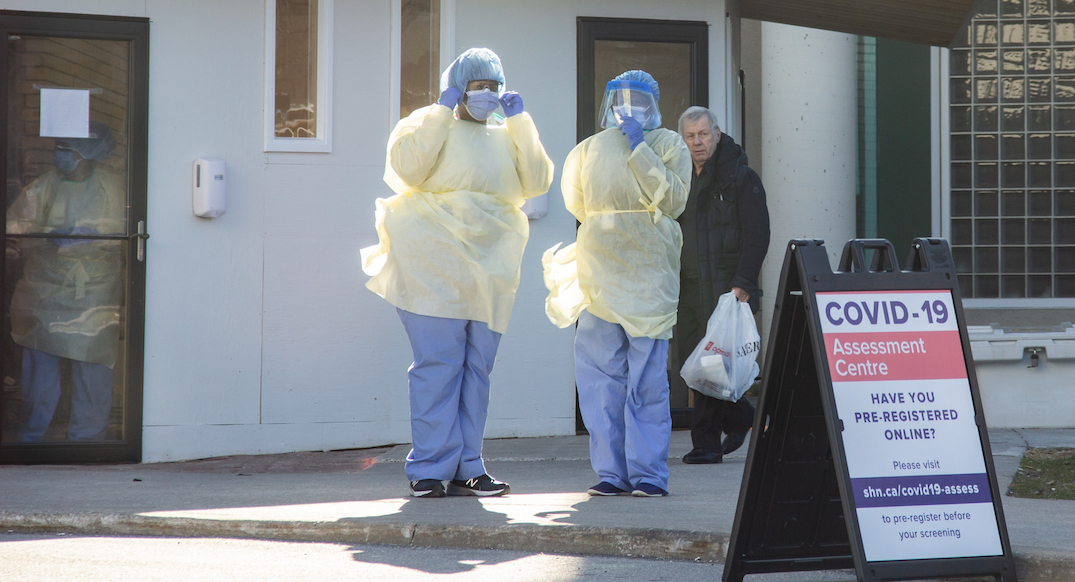 Toronto’s Board of Health Chair is calling on the province to do “proactive testing” in the city’s northwest corner, where COVID-19 infection rates are 10 times higher.

On Thursday, Councillor Joe Cressy sent a letter to Ontario’s Health Minister Christine Elliot and the Chief Medical Officer of Health Dr. David Williams in which he told them to “act swiftly to limit the spread of COVID-19 and protect residents in these communities.”

According to Cressy, since the beginning of the pandemic, Toronto Public Health has been collecting and analyzing area-based data to track the impact of the virus on different communities.

In June, Toronto began releasing Neighbourhood Profile Maps to track how many cases are in each neighbourhood.

These maps show a “consistent pattern” of which communities are disproportionately impacted by this virus.

The data suggest that the highest case rates are found in neighbourhoods where more people experience structural barriers, including racism and discrimination, and have lower household incomes. Many of these areas also have reduced access to amenities and services that are concentrated in the downtown core.

Therefore, Cressy is asking the Ministry of Health to provide the resources needed to do “proactive testing in high incident neighbourhoods, including northwest Toronto” and for demographic groups suspected of being at higher risk due to social determinants of health, like occupation.

One of the methods the provincial government can assist the city in is helping create voluntary accommodation options for people who have the virus but cannot safely isolate at home — free hotel rooms is an option to assist in recovery.

And, for the province to share data on race, income, language, and household size.

“It is critical that the province share this information with both local public health units and with affected communities, to help analyze and understand its implications. Data collection is not an end in itself, but rather a necessary step in a pro-active response,” Cressy writes.

He also calls on better protections for vulnerable workers, and to expedite and report provincial lab test results.

Toronto Public Health is reportedly “exceeding performance targets” where in the last week of June, 95% of newly reported positive cases were reached within 24 hours.

However, the provincial labs continue to “present a challenge” because from the time a person is tested for the virus, only 31% of positive results are reported to Toronto Public Health within 24 hours. And, after 48 hours, the number increases to 62%.

For Cressy, “disease preys on poverty” which is why he wants a quick response from the provincial government to address the needs of Toronto’s vulnerable communities.