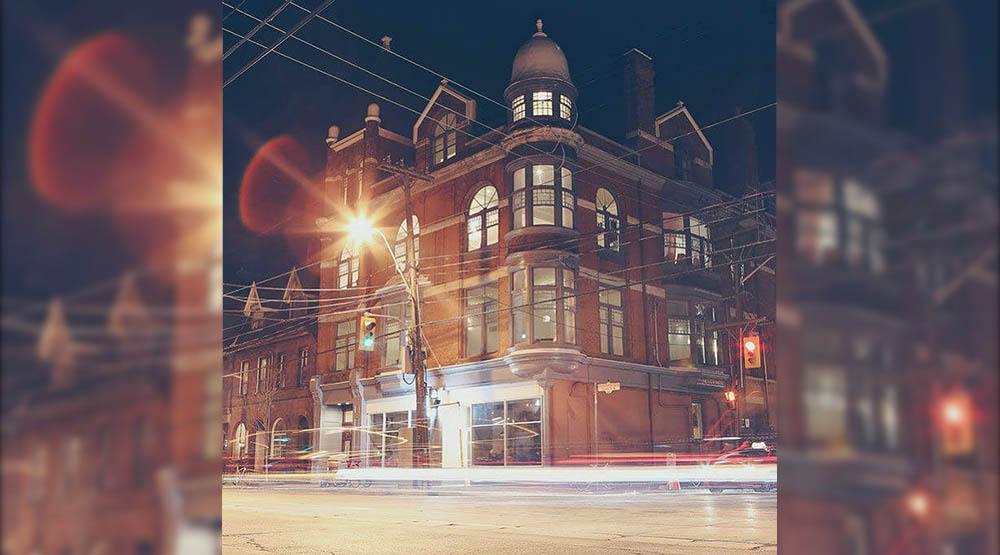 An iconic and storied Toronto landmark is up for sale, and it can be yours for a cool $17.1 million.

The Great Hall, located at the intersection of Queen and Dovercourt, was originally constructed as a YMCA, the first ever in Toronto, though it was quickly repurposed as an event space, which it remains till this day.

According to a document from the site’s realtor, the building at 1087-1089 Queen Street West was designed by the prominent architectural firm Gordon & Helliwell, “well known for their many distinctive churches and institutional structures across Southern Ontario.”

With 32,598 sq-ft of usable space, the property is designated as an office, but don’t worry, a few creative alterations and it could be adapted for almost anything. With 40-foot-high ceilings and space for up to 1200 people, the possibilities are endless. 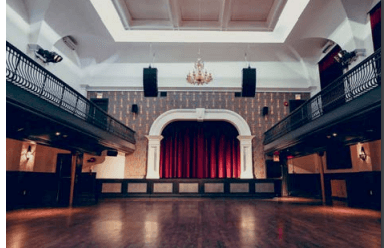 Built in 1889, the large space inside the building can still be used for games of pick-up basketball (though you’ll have to get your own hoops), a fitting use considering the building’s website says some of the earliest games of the sport ever played took place within.

While the over $17 million price tag might seem like a lot — the property and construction originally cost around $40,000 in the 1800s — it’s all about location. The venue is just a short walk from the Drake Hotel, numerous pubs, and even Ossington Station.

It comes with more than its share of history as well. After serving its time as a YMCA, the Great Hall was sold to the Knights Templar of Temperance in 1912, an organization that promoted alcohol prohibition. Other uses included a First World War child’s clinic, lecture hall, event venue, the offices for a Polish newspaper (that also printed within its walls) and even a shelter for European refugees fleeing Nazi rule.

If you’re looking to invest in a historical property, major event space, or just a convenient place in the west end to shoot some hoops, this is your chance.